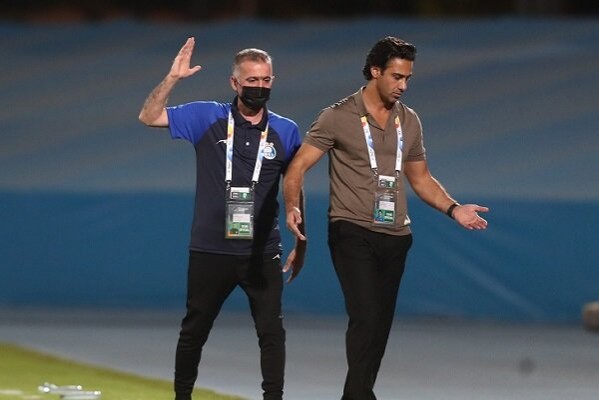 PLDC - According to reports, Faraz Kamalvand is set to part ways with Esteghlal FC to take charge of Saipa and speculations have raised for his replacement.

Soon after Esteghlal won the ticket to the Round of 16 of the 2021 AFC Champions League, fans were shocked by Kamalvand’s departure. Many have hailed his role in the technical style of the team.

Reports indicate that Kamalvand had earlier notified Farhad Majidi and the club’s officials about his decision as Majidi has also looked into other choices for the seat.

Former players and coaches of Esteghlal such as Majid Namjoo Motlagh and Pirooz Ghorbani are among the names that have been raised for the position of the technical manager but it seems that Majidi is seeking to hire a foreign assistant.

During his tenure in the Iran U23 team, Majidi sought to sign a coach from Spain but the then officials of the Iranian Football Federation opposed the proposal and now, Majidi is again trying to have the Spanish coach on Esteghlal’s bench.

Meanwhile, the Iranian federation has banned the signing of foreign players and coaches due to the teams’ failure to settle their contracts because of economic sanctions and financial problems. This ban will probably challenge Majidi’s plans.