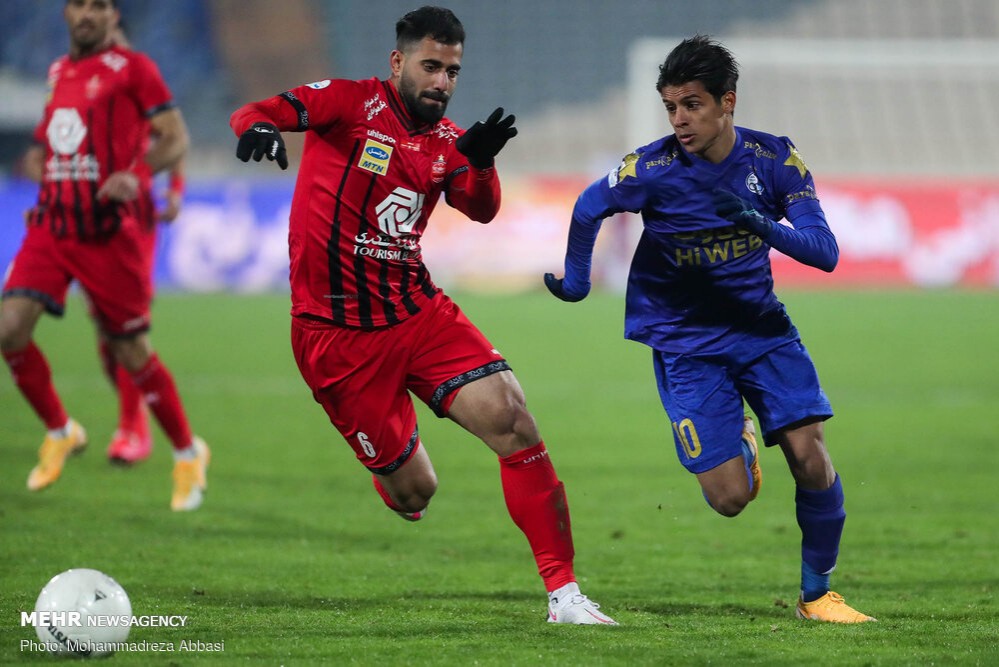 Tehran Times - In one of the long-awaited encounters in Iranian football, Persepolis will lock horn against Esteghlal in the Iran Professional League (IPL) at the Azadi Stadium on Friday in Tehran.

The Tehran derby is even considered one of the most exciting matches in the world’s club competitions. COVID-19 has changed many things in Iran, including the football venues’ ambiance in the match days with crowds temporarily frozen out of the matches.

However, it is still exhilarating and breathtaking as both teams share a great rivalry and hate to lose a Shahravard (derby) game.

This is also one of the most important season games for both clubs and could give them a huge lift for the remaining part of the season.

Esteghlal had a poor start to their season, but they have somehow captured their form under the new coach Farhad Majidi and got good results in the AFC Champions League (ACL) group stage last month.

However, in their return to the domestic games, the Blues suffered a bitter 2-0 defeat against struggling team Zob Ahan. If Majidi’s side beat Persepolis, they could close the gap with their rival to five points with one game in hand and probably believe they can even overtake both Persepolis and current IPL leaders Sepahan.

Persepolis, on the other hand, although they started the season slowly, they have managed to find their consistency and form with Yahya Golmohammadi and can tie on points with Sepahan on the top of the table if they beat Esteghlal on Friday.

Persepolis shared the spoils with Sepahan in a controversial match on Sunday. The Reds have had a lot of success in the last four years, and some of the current key players of the team have been integral to their successes, including four consecutive IPL titles and two ACL finals in three years.

Persepolis defense has been quite solid in this season, like the previous seasons, and it has been one of the main reasons they have been successful under leadership of Golmohammadi.

The key battle will be between the solid defense of Persepolis against the Esteghlal’s threatening attacking trio, Mehdi Ghaedi, Cheick Diabate, and Arsalan Motahari.

The Tehran derby result will be decisive for the title, with just a handful matches left to play.