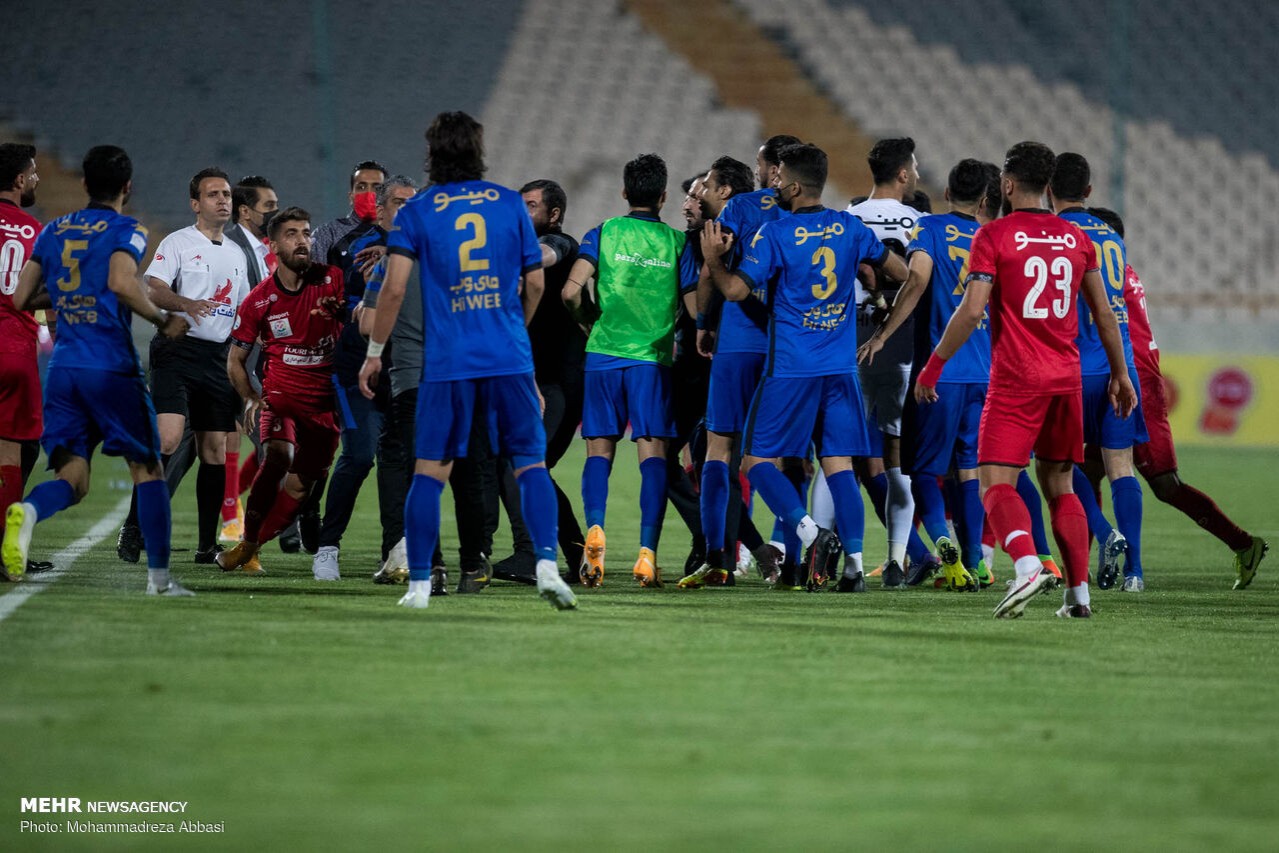 Tehran Times - The Disciplinary Committee of the Football Federation of the Islamic Republic of Iran (FFIRI) announced punishments for three players and one coach for infractions during two weeks of the Iran Professional League (IPL).

The FFIRI’s Disciplinary Committee found Persepolis’ captain Jalal Hosseini and Sepahan defender Ezatollah Pourghaz guilty for violent conduct at the end of the game between Sepahan and Persepolis in Matchday 22 of IPL and suspended them for one match each.

The committee also suspended Persepolis player Farshad Faraji and Esteghlal coach Behzad Gholampour for two matches for their participation in controversy at the end of the match between Esteghlal and Persepolis at Matchday 23.

Also, Persepolis and Sepahan matches in the next season of IPL must be played at a neutral venue, considering the incident in the matches between the two teams during recent years.

Esteghlal and Persepolis clubs have both filed complaint to the federation’s Appeals Committee for the sanctions issued by the Disciplinary Committee.

Alireza Ghadir, an Iranian Lawyer and an expert in sports law, believes that the DC’s decision about playing in a neutral venue for the Persepolis-Sepahan match is not correct based on the articles of the disciplinary regulations.

“The mentioned match was held in Isfahan, and the turmoil arose in the host team’s venue. So, it is just Sepahan that should be suspended from playing at their home venue for next season's match against Persepolis. The Tehran based Persepolis must not be deprived of their hosting right.

“Regarding the suspensions of players, the remarkable point is that the Disciplinary Committee must summon the players who are accused of violent conduct, and their defenses should be heard. It is not the rule, but it always has been and still is the most important principle of a fair trial,” Ghadir said.

“I again emphasize that according to paragraph two of Article 86 of the disciplinary regulations of the FFIRI, the host club are responsible for maintaining discipline and security inside and outside the stadium before the match, during the match, and after the match.

“Therefore, disciplinary decisions and sanctions must be taken against the host club. However, with the current vote of the Disciplinary Committee, Persepolis as the visitors have been banned from hosting the game with Sepahan, which is not based on the regulations,” He concluded.