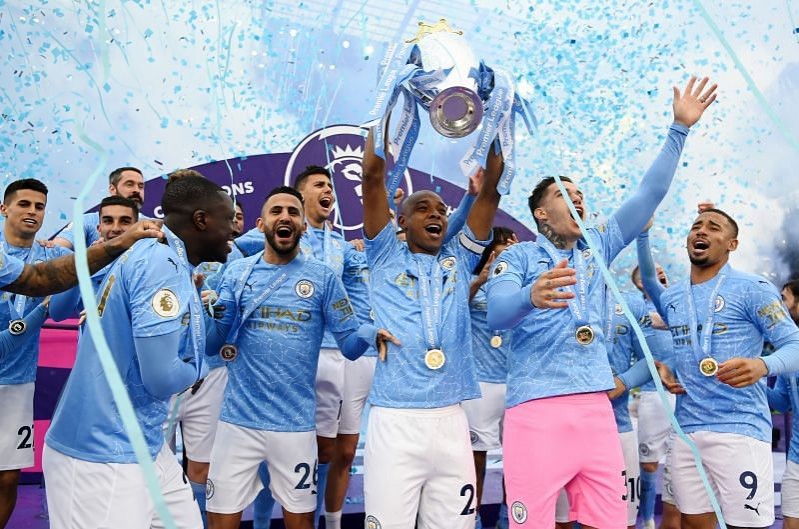 The 2020-21 Premier League season came to a conclusion some weeks ago. Manchester City’s victory was assured with several weeks to go and looking at Manchester United's position on the points table they seemed almost assured of finishing second from early May.

As this was the case, most of the interest during the last few weeks centered on which teams would qualify for the 2021-22 Champions League, with in the end Liverpool and Chelsea joining Man City and Man United as the Premier League’s representative’s next season.

Chelsea did very well after Thomas Tuchel took the reins towards the end of January 2021, enjoying a long unbeaten streak, climbing many places in the league table, qualifying for the FA Cup final and beating Manchester City in the Champions League Final in Porto.

The current Chelsea team is brimming with youthful talent and we are particularly keen on seeing if Billy Gilmour will get a chance to play for Scotland during the upcoming Euro2020.

Persian fans were naturally relieved that Brighton manage to stay up, finishing 16th with 13 points to spare to the relegation zone. Alireza Jahanbakhsh accumulated 528 Premier League minutes during the 21 league appearances he made during the season. He did not score, but provided one assist.

Even if the 2017-18 Eredivisie top scorer has scored a lot less after he joined Brighton in July 2018, his spectacular bicycle kick equalizer versus Chelsea at the Amex in January 2020 is impossible to forget.

His goal was voted the Premier League Goal of the month for January 2020 and even as he did not score any such magic goals during the 2020-21 Premier League season, there were still magic moments, like when Jahanbakhsh started the match and Brighton made a comeback from being 2 goals down to win 3-2 against this year’s champions, Manchester City.

Jahanbakhsh also scored two and got one assist in the Carabao Cup, so he is obviously still a potent threat.

Fulham, West Brom and Sheffield United were relegated and will be replaced by Norwich, Watford and Brentford who won the play-off Final against Swansea.

Leicester seemed for a long time almost nailed on to qualify for the Champions League, but they faltered a bit towards the end of the season. Finishing fifth a meagre point behind fourth placed Chelsea and three points behind Liverpool in third, meant that they will play in the Europa League instead. Leicester won the FA Cup and all in all considering that their budget is a fair bit smaller than the clubs they were competing with, their season was far from bad.

Westham was also challenging for a top four finish. They ended 6th, just a point behind Leicester and will join Leicester in the Europa League.

Tottenham will be disappointed with their seventh place finish, which means they will have to play in the Europa League qualification. Furthermore, there are persistent rumours that Harry Kane wants to leave the club. His leaving would be detrimental for Tottenham’s chances next season, but Daniel Levy is somewhat unlikely to let him leave the club, so we will just have to wait and see what will happen.

Arsenal disappointed big time. They failed to qualify for European football and it will be interesting to see if they will be able to sign Martin Odegaard on a permanent deal or if he will relocate back to Madrid, to play for Carlo Ancelotti.

Leeds and Everton finishing ninth and tenth, both with 59 points. Leeds are likely to be far from unhappy with this result. They are thrilled to finally be back in the Premiership and not far behind the clubs which will play in Europe next season. Everton on the other hand for sure had higher aspirations for the season.

We can hardly wait for August 14 and the start of the 2021-22 Premier League season and are confident that Alireza Jahanbakhsh is likely to keep getting more time on the field for Brighton. He played 217 Premiership minutes more during the 2020-21 season than the 2019-20 and we expect this trend to hold.

One day before the start of the English Premier League, we will have an opportunity to watch the start of the German Bundesliga. It will begin on 13 August 2021 and will conclude on 14 May 2022. To get yourself in shape to follow German football we recommend to follow some Bundesliga blogs, which there are plenty of online. We recommend Bundesligapicks.com, where you are able to find fresh league news, player transfers news and much more.