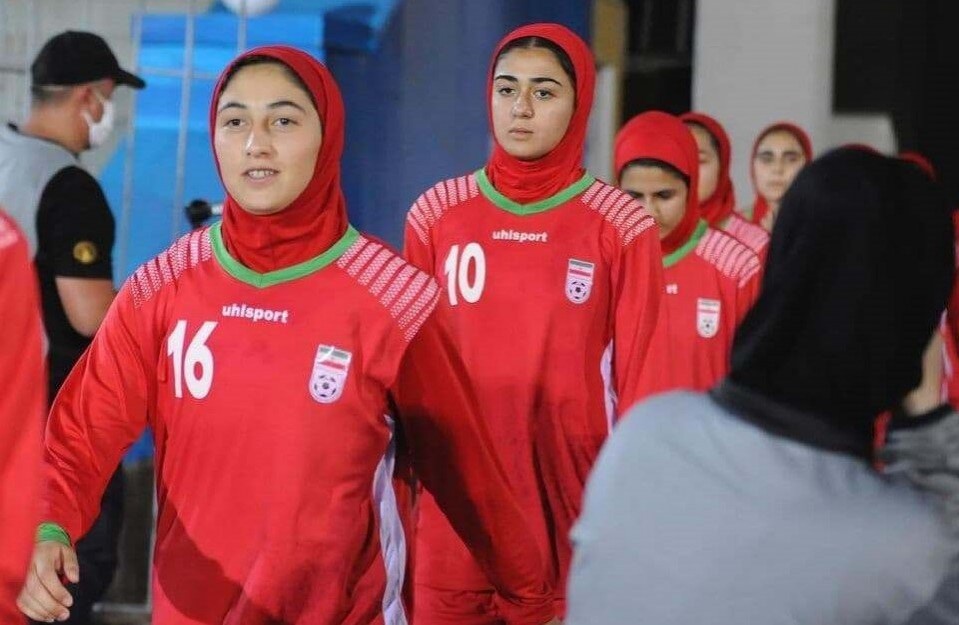 Tehran Times - After two years, the Iranian women’s national football team have finally recommenced. Unfortunately, due to several unknown factors within the federation as well as the COVID-19 pandemic, women’s football was put on a standstill. This two-year gap came at a time where the national teams had a proper schedule for camps, friendlies, tournaments and Asian qualifications.

The entire world was witnessing the extreme talent and tenacity of the Iranian female players and the girls were gaining recognition. Now that camp has restarted, the senior, Under 19, and Under 16 national teams all had approximately three weeks of camps before being sent off to international tournaments. The senior national team went to Belarus to play two friendlies with both Belarus and Uzbekistan, which both teams have had several months of training, preparation, and friendlies while Iran’s women football were up in the air. These games were extremely important for the new coach, Maryam Irandoost, to take note of what needs to be done prior to the Asian qualifications in September 2021.

Conditioning and fitness are going to play a huge role in shaping the success of a team as well as figuring out how to tactically outplay opponents who have been in camp even during the pandemic.

As for the youth national team coaches, they have an amazing opportunity to take advantage of the immense talent that they have. Players like Negin Zandi, Roghayeh Jalalnasab, and Fatemeh Shaban are top quality players and are extremely dangerous in the attacking zones. These players were the youngest players when I was the head coach of the Under 19 national team, and after our game with South Korea back in 2019, their head coach applauded them and mentioned they caused his team absolute hell.

It’s important that we do not diminish the efforts of the senior national team who have a difficult road ahead of them prior to Asian qualifications. Losing to teams like Belarus and Uzbekistan after just a few weeks of training is actually a great opportunity to figure out strengths and weaknesses of the team. Foreign-born Iranian players like superstar sisters, Kimia and Vida Raeiatparvar, will also be an added input that can help tremendously given the circumstances like time to prepare for the tournament.

I am hopeful that the senior and youth national teams will prevail if they have the right training program and up most support not just from the federation but from all 80 plus million football lovers of our country.