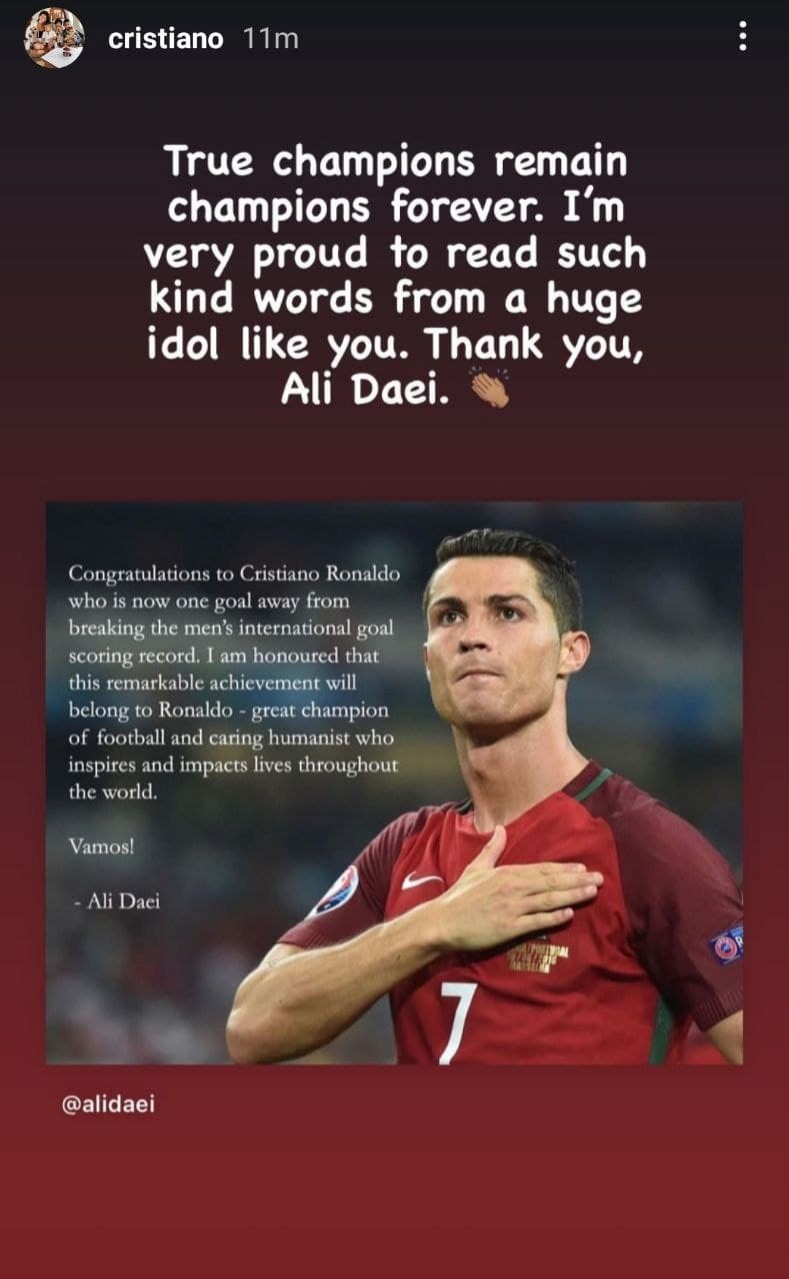 Daei scored a remarkable 109 goals in 149 appearances for Iran between 1993 and 2006, an achievement many thought would never be matched.

Daei has said on several occasions that he would be "delighted" if Ronaldo broke his record, as he believes the Juventus striker ranks among the best three players in history, alongside Lionel Messi and Diego Maradona.

“Congratulations to @cristiano who is now one goal away from breaking the men's international goal scoring record,” Daei posted on Instagram.

“I am honored that this remarkable achievement will belong to Ronaldo - great champion of football and caring humanist who inspires and impacts lives throughout the world,” he added.

Ronaldo responded to Daei with an Instagram story of his own, with the Portugal legend saying: “True champions remain champions forever. I'm very proud to read such kind words from a huge idol like you. Thank you Ali Daei.”

Ronaldo can edge clear of Daei with Portugal having advanced to the Euro 2020 Round of 16 as one of the best third-placed teams. The defending champion plays Belgium on Sunday.