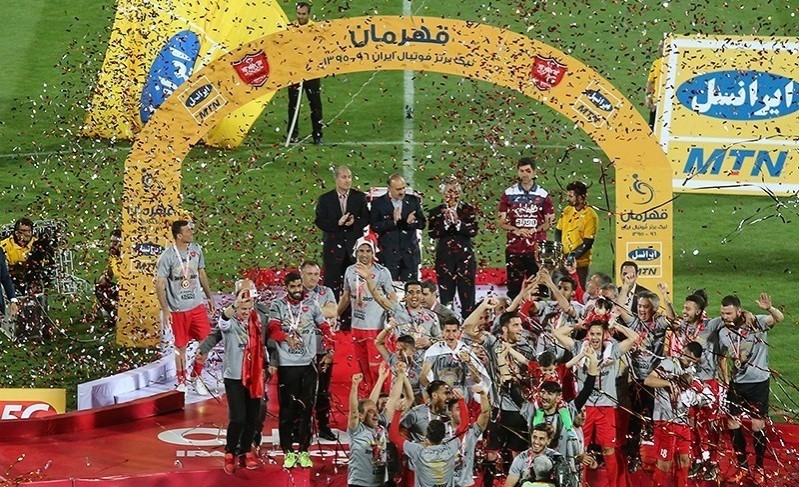 PLDC - The Persian Gulf Pro League has been the highest division of professional football in Iran for the last 20 years or so. The winner of this league is the Iranian football champion, while the two lowest finishers will be relegated to the Azadegan League. The league has contained 16 clubs since 2013 and winners of the League and Hazfi Cup are automatically qualified for the group stages of the AFC Champions League, while the two teams placing second and third in the league will go to the AFC Champions League Play-off round.

However, even as the Persian Gulf Pro League was founded with the express purpose of establishing professional football in Iran, in some ways the league is professional in name only. Iran is a country of more than 80 million people and football is the most popular sport. The Iranian national team have on many occasions performed well on the international stage and the pool of talent in the country is brilliant. As this is the case many are surprised that several of the components of a pro league simply seem to be missing.

The league has had four main sponsors since its inception. Household names like the soft drink company Zamzam and Irancell, one of the 50 largest companies in Iran, are former main sponsors while the sponsor of the next season is still unknown.

Yet, while the league is attracting sponsors and have its matches televised, there are unlike most other leagues no financial rewards for the high-performing teams and players as well as no money available from broadcast rights. Iranian teams competing in the Asian Champions League will receive monetary rewards for every stage they are advancing to, but as there are no substantial payments like this in their domestic league, the financial system of the Iranian clubs is somewhat paralyzed.

For a league to be considered truly professional more money would need to be available for the clubs in the competition. Another example indicating that the league is hardly truly professional is the fact that unlike other professional leagues like the Spanish La Liga where the newspaper Marca has awarded the Pichichi Trophy to the top goalscorer of every La Liga season since the 1952-53 season, such a trophy is rarely given in the Persian Pro League.

A top goalkeeper trophy in Series A which Gianluigi Buffon has received 12 times since 1999 is more or less unheard of in the Persian Pro League.

Still, there are clear signs that the conditions in Iranian football are getting better. Player salaries are increasing and based on both the interest the game is attracting and the quality of the play, it should only be a matter of time before the level of professionalism in the league and the money available for the clubs will increase.

There is a vast difference in the salaries of the footballers playing in the Persian Gulf Pro League and the larger leagues in Europe. Even if the salaries are increasing in Iran, they are never likely to catch up to the insane amounts some footballers earn in Europe. Lionel Messi who recently moved from Barcelona to PSG is as an example reported having a weekly salary in excess of 700,000 EUR.

The same is the case regarding market values. According to Transfermarkt, the Persepolis player with the highest market value is Ahmad Nourollahi with a market value of about €1.6M. The figures are dwarfed by several of the recent transfers in Europe. An example of this can be Arsenal’s deal of £50m for signing 23-year-old Ben White.

Even this is far from the largest transfer deal made this summer. Manchester United reportedly paid about €85m for Jadon Sancho. Manchester City paid €117.5m for Jack Grealish. Furthermore, Chelsea is likely to pay an astronomical amount of money for Romelu Lukaku in the near future.