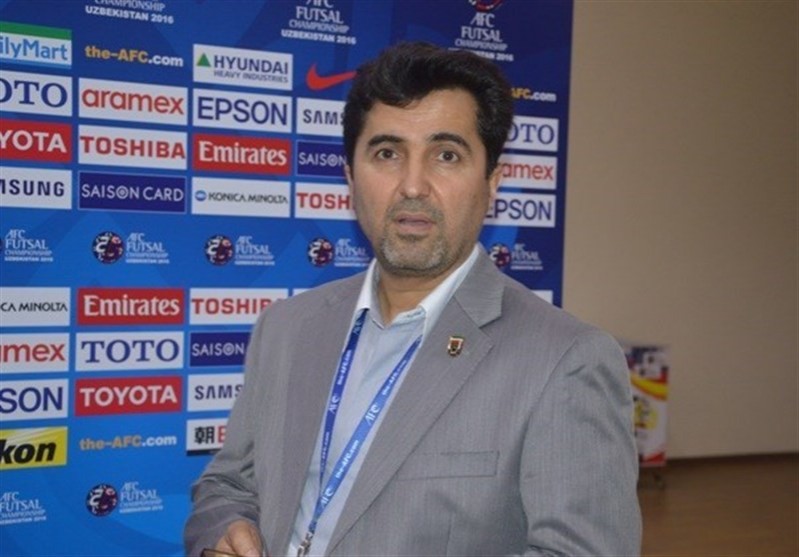 FIFA - Having taken Iranian futsal to new heights at the FIFA Futsal World Cup Colombia 2016™, Mohammad Nazemosharia is determined to kick on. The architect of Team Melli’s third-place finish five years ago – the best ever by an Asian side – he is planning another stellar showing at Lithuania 2021.

The tournament, which runs from 12 September to 3 October, will be IR Iran’s eighth futsal world finals. “The World Cup is a hugely important tournament for us,” Nazemosharia told FIFA.com. “We’ve already shown that we’re a good side and a team to be reckoned with. In Lithuania we’ll show the whole world the quality and power of Iranian futsal.”

The Iranians have been drawn against Serbia, USA and Argentina in Group F. “We’re a solid unit and we play an effective team game, two factors that are key to our success,” he explained. “We try to play attacking futsal and score as many goals as possible.”

Nazemosharia is hopeful his side can spring a surprise, just as they did in 2016, when they knocked out Brazil in the Round of 16. “I remember people saying before the Brazil game that we were going to get thrashed. Winning was the best possible response to them.”

IR Iran are the undisputed top dogs of Asian futsal, with 12 AFC titles to their name out of a possible 15. Though their preparations for Lithuania 2021 have been hampered by the pandemic, they have the ability to repeat and even improve on their performance in Colombia five years ago, as Nazemosharia explained: “We’re different to other teams because we have a style and tactics all of our own. Every country has their strong points such as the technical abilities of their players, their tactics, or physical fitness. We’re trying to bring all those qualities together.”

IR Iran’s futsal prowess is founded on a conveyor belt of talented players who have learned their trade playing street football, acquiring the skills needed to operate in the game’s confined spaces. The 51-year-old coach is himself a product of that culture, despite not always having his family’s blessing: “My parents kept telling me how important my studies were.”

Nazemosharia went from the street game into professional football: “I played for my country at U-20 level before moving into futsal. I was 25 at the time and it didn’t take me long to realise that was where my future lay. My dream was to coach my national team and I’ve made it happen.”

Proud of his achievements so far, Nazemosharia may be about to top them all.