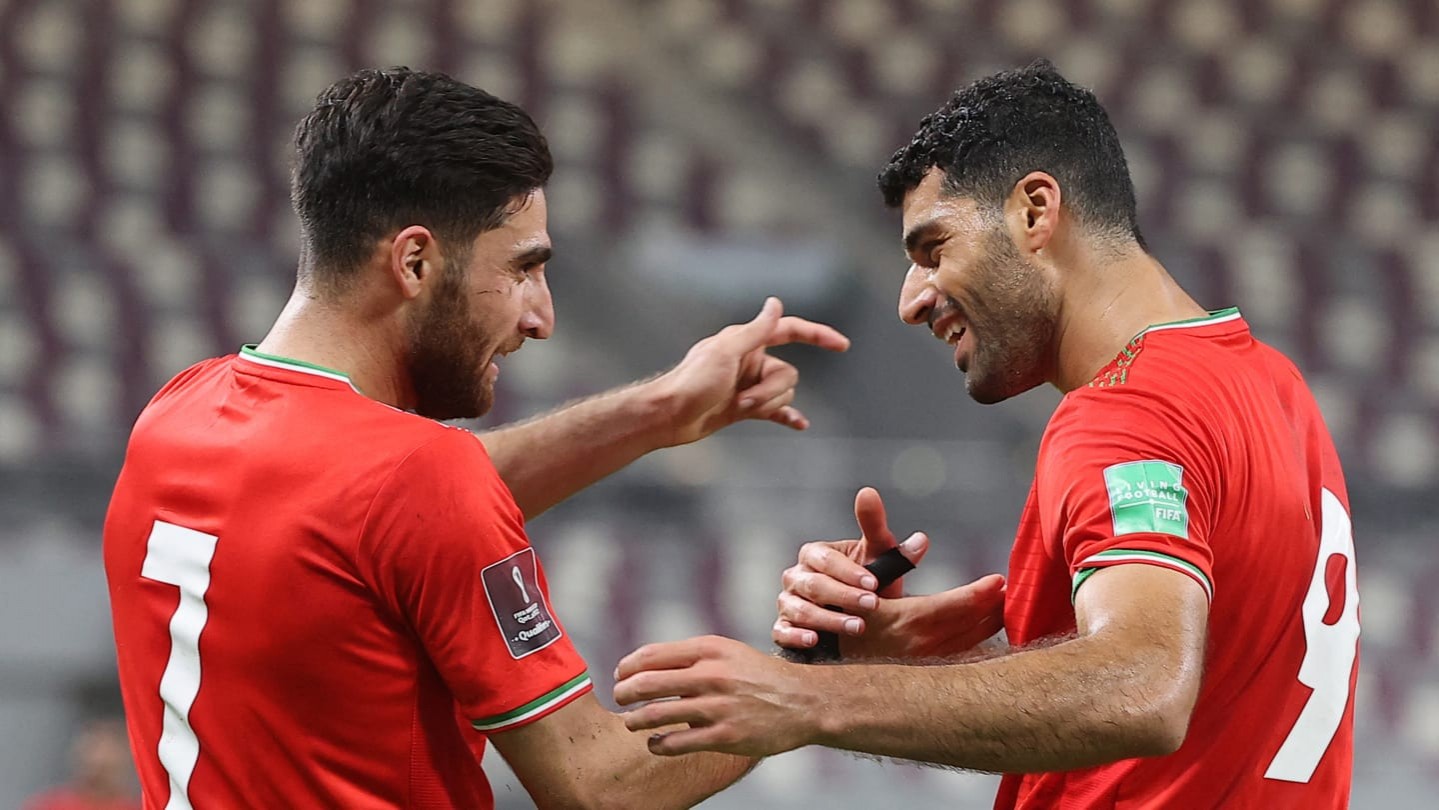 AFC - Islamic Republic of Iran recorded a comfortable 3-0 win against Iraq on Matchday Two of the AFC Asian Qualifiers – Road to Qatar Group A to keep up their 100 percent record on Tuesday.

Having won their opening fixture, IR Iran looked to consolidate their position at the top of Group A going into the next international break at Iraq’s expense, something they fully achieved in both the result and performance.

Just three minutes into the game, Team Melli opened the scoring thanks to Alireza Jahanbakhsh’s thunderous header, with Mehdi Taremi’s exquisite delivery from the left flank proving vital as Iraq’s three-time AFC Cup winning goalkeeper Fahad Talib got a hand to the ball but fumbled it inside the net.

Taremi was at the thick of action once more a few minutes later when following a set-piece routine for his side, he took control of the ball at the edge of the area and cut inside, before attempting to place the ball at the far corner in a crowded penalty area but Talib was well positioned to deal with the threat.

Midway through the first half, Sardar Azmoun missed a chance very similar to Jahanbakhsh’s goal, with the delivery coming from the right through Sadegh Moharrami and the Zenit St Petersburg striker rising highest to head goalwards but the ball missed the frame of goal by some distance.

Talib denied Azmoun a few minutes later with a fine reflex save after Ahmad Noorollahi pulled back from the right flank, meeting Azmoun’s run down the middle only for the latter to fire a screamer towards goal which the Iraqi keeper pushed away. 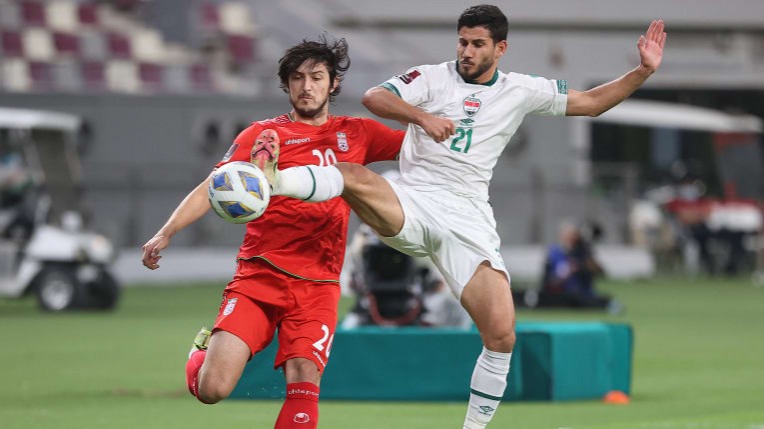 The Lions of Mesopotamia looked to have drawn level two minutes into the second period of play through substitute Mohanad Ali, but VAR ruled it out for offside with Ali having made an early run to latch onto Aymen Hussein’s through ball.

Team Melli doubled their lead with 20 minutes left on the clock when they broke forward with Azmoun on the left receiving the ball, and hoofing it high up towards the penalty area where an onrushing Taremi expertly controlled the ball under pressure from two defenders, before sliding it low between Talib’s feet.

Substitute Ali Gholizadeh made it 3-0 with under a minute left of normal time, after receiving fellow substitute Karim Ansarifard’s pass, comfortably controlling the ball in the six-yard box under virtually no pressure, before firing low towards goal.

Group A leaders IR Iran will face the UAE and Korea Republic in the next international break in October, while fourth placed Iraq will need to start picking up points against Lebanon and the UAE.