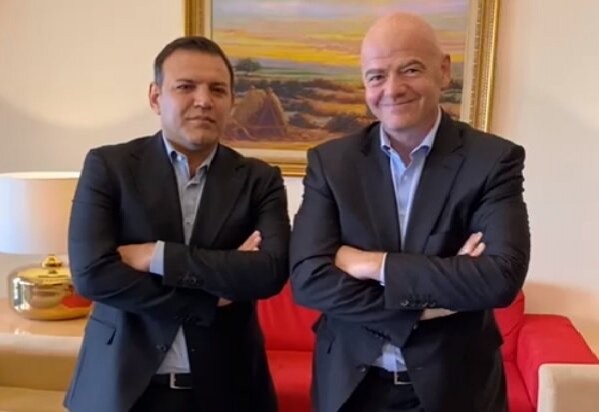 Iran lost to the La Roja 1-0 in Group B at the Kazan Arena.

“I was remembering the memories of the match in Kazan at the last World Cup between Spain and Iran. The 40,000 Iranian fans were so emotionally supporting their national team. This was one of the most emotional moments of the whole World Cup. All these fans cheered for their national team in an incredible way 90 minutes supporting and reflecting the image of the whole country behind its football team. Thanks you for giving us and the entire world these emotions,” Infantino told the Iranian fans in a video message in Doha, Qatar.

Infantino also met head of Iran football federation Shahabeddin Azizi Khadem in Doha and said he will travel to Iran in January or February of 2022.