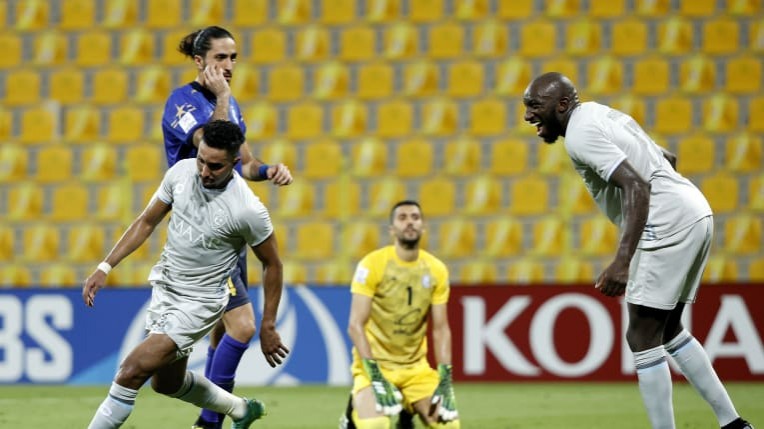 AFC - Al Hilal SFC became the first team to advance to the last eight of the 2021 AFC Champions League, scoring either side of half-time to defeat Esteghlal FC 2-0 in Monday’s Round of 16 clash.

Goals from Bafetimbi Gomis and Salem Al Dawsari, both heroes of Al Hilal’s 2019 AFC Champions League-winning side, proved decisive for the Saudi club, who have now reached the quarter-finals in five of the last eight editions of the competition.

While Leonardo Jardim’s side can look forward with optimism to the latter stages of the competition, Esteghlal’s defeat sealed their elimination from the tournament, ending their bid for a first Asian club title since 1991.

With new signings Moussa Marega and Matheus Pereira both in the starting line-up, Al Hilal quickly seized the initiative, keeping the ball to themselves and their opponents pinned inside in their own half, but while Esteghlal were forced to chase shadows during the early exchanges, the Islamic Republic of Iran side burst into life soon after.

Esteghlal had the game’s first meaningful attempt on goal when Siavash Yazdani headed Amirhossein Hosseinzadeh’s free-kick wide in the 16th minute, while a rasping volley from Arsalan Motahhari forced Abdullah Al Mayouf into a fine save shortly after.

With captain Vorya Ghafouri at the creative heart of multiple chances, Esteghlal had racked up six shots at goal to Al Hilal’s one in the opening half-hour, but for all their promise, Farhad Majidi’s side were undone by a simple error, which led directly to the game’s opening goal.

Seemingly well placed to cut out Pereira’s pass, Mohammad Hossein Moradmand slipped at the worst possible moment, allowing Gomis to live up to his reputation of one of Asia’s most fearsome finishers by tucking away a deft lob which gave Esteghlal goalkeeper Hossein Hosseini little chance.

A goal to the good despite a challenging opening 45 minutes, Al Hilal emerged from the half-time break eager to build on their lead, with Salem Al Dawsari latching on to a Maerga pass to force Hosseini into a sprawling save within minutes of the restart.

Esteghlal failed to heed that warning however, with another Marega pass sending an unchecked Al Dawsari through on goal just moments later, and the Saudi Arabia international eased the ball home from close range to make it 2-0 in the 56th minute.

Majidi made a string of substitutions in a bid to turn the tide, but an excellent Al Mayouf save prevented substitute Arman Ramezani from kick-starting a would-be Esteghlal recovery, with Al Hilal comfortably seeing out the latter stages to march on to the quarter-finals.