Al Hilal dominated throughout, with flashes of resistance from Persepolis few and far between as the 2019 AFC Champions League winners deployed a four-pronged attack of Bafetimbi Gomis, Matheus Pereira, Moussa Marega and Salem Al Dawsari that was too much for the Iran Pro League champions to deal with.

Just two minutes of play had passed when Pereira’s free-kick from out wide forced Hamed Lak into a reflex save as the Saudis looked to push on for an opener.

Pereira threatened once more just a few minutes later, after cutting inside from the right flank, he took a low shot towards goal that took a slight deflection after hitting Seyed Jalal Husseini, scraping the bar on its way out for an Al Hilal corner.

With Persepolis pegged back into their half of the pitch for most of the first 20 minutes, they broke forward with a pinpoint goal kick from Lak falling to Isa Alkasir just outside the Al Hilal area, with play eventually resulting in a long throw-in being headed goalwards by Reza Asadi needing Abdullah Al Maiouf to just tip it above the crossbar. 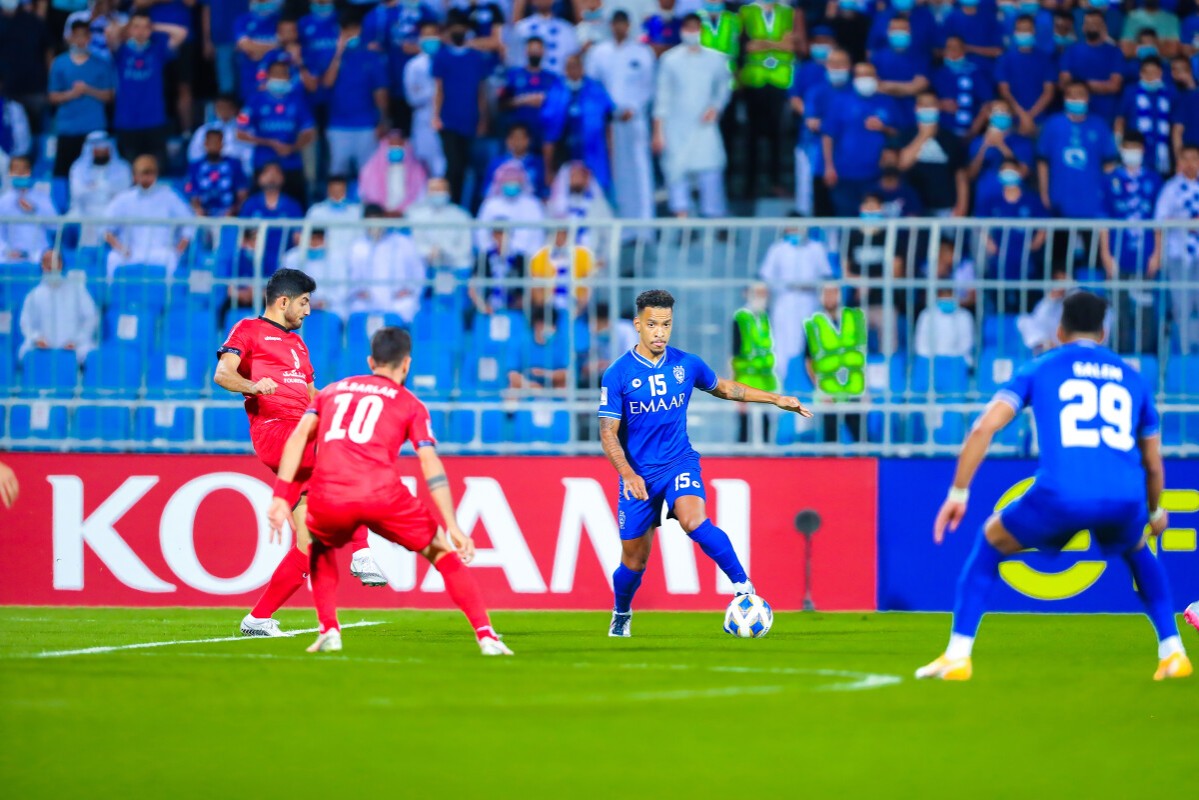 The scoring was opened on 27 minutes by Saudi Arabia international Al Dawsari, who received a long ball from Mohammed Kanno on the left flank, cut inside while taking on a few players, before lashing out a well-placed shot to Lak’s top corner, with the Iranian flying at full body length but still unable to make the save.

Just five minutes into the second period of play, Frenchman Gomis doubled Al Hilal’s lead after Pereira found space on the flank and intelligently played a low cross to the former Swansea City striker, who was waiting on the shoulder of the last defender and comfortably tapped in past Lak to make it 2-0.

Another attempt at widening the gap was thwarted by Lak, when Al Dawsari volleyed first time from a high ball sent in by Pereira, but the alert Iranian keeper had his angle covered and made the save.

Gomis did eventually add Al Hilal’s third of the night with 20 minutes of play left, after a beautiful string of passes weaved through the Persepolis backline by Pereira and Al Dawsari, the latter cutting back the ball for Gomis’ sixth goal of the campaign.

The win means Al Hilal set up a heated Riyadh Derby in the semi-finals, as they face arch rivals Al Nassr on Tuesday for a place in the 2021 AFC Champions League final.