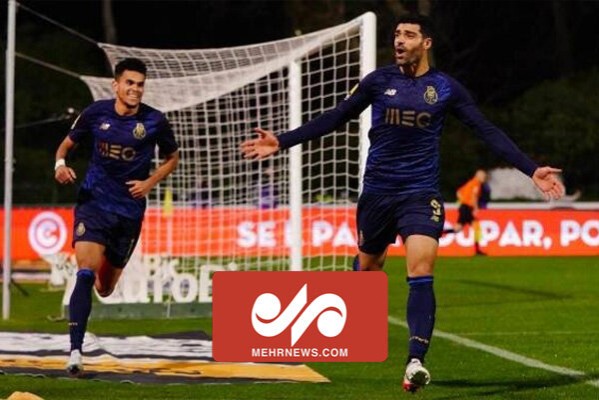 Portugoal.net – Following Sporting’s 2-0 win against Vizela, Porto’s mission was to protect their newly-gathered three-point advantage at the top of the table with an expected win against Belenenses SAD.

The hosts were in the mood for a shock, taking the lead as early as the 13th minute with a header from Abel Camará from a Diogo Calila corner.

Porto’s tide gradually rose, taking advantage of Sphephelo Sithole’s red card in the 31st minute to equalize soon after through Evanilson, as the two sides entered the half-time break level at 1-1.

A couple of goals in quick succession around the hour mark had Porto flying towards an important victory, with Evanilson, again, as well as Mehdi Taremi both on target.

Porto’s fourth went amiss following Luiz Felipe’s spot-kick save against Luis Díaz but, just five minutes later, Evanilson was on hand to find another way through and clinch his hat-trick, creating a nine-point-gap between them and third-placed Benfica.