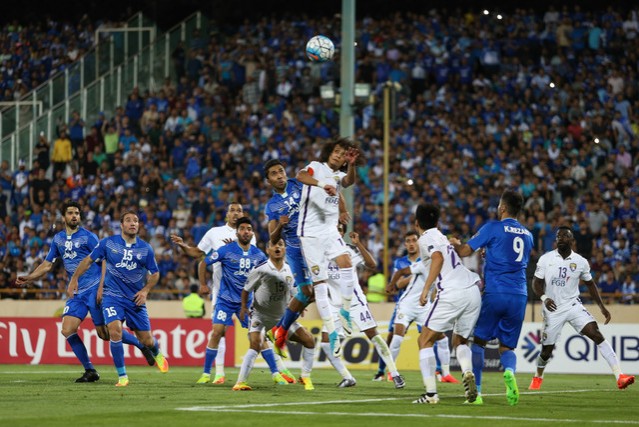 Tasnim - Omar Abdulrahman says that Al Ain was not just facing 11 Esteghlal players in Monday’s AFC Champions League Group D clash, but also up against the 90,000 supporters crammed into the Azadi Stadium.

“I think (Winfried) Schaefer told his players to look out for the number 10. I faced a lot of tough tackles. Fortunately, I was able to get passed them.

“We were capable of getting the three points but, as it happened, we could only get the single point. But we did what we could and came out with a positive result.”

Despite having yet to record a win in the competition, Al Ain’s destiny remains in their own hands and the Emirati team could move into the top two if it defeats bottom side Al Hilal at Hazza Bin Zayed Stadium on Matchday Five next month.

Al Ain, who is looking to progress to the last 16 for the fifth successive year, will guarantee qualification to the next round if it wins its final two group games.

“We have two matches left, against Al Hilal and Al Rayyan. Qualification is in our hands and, in order to progress, we need to take on the challenges and, importantly, get the wins,” added Abdulrahman.

“We are now closing the chapter (on the Esteghlal game) and looking ahead to an important game in the league. After that, we will think about Al Hilal.”