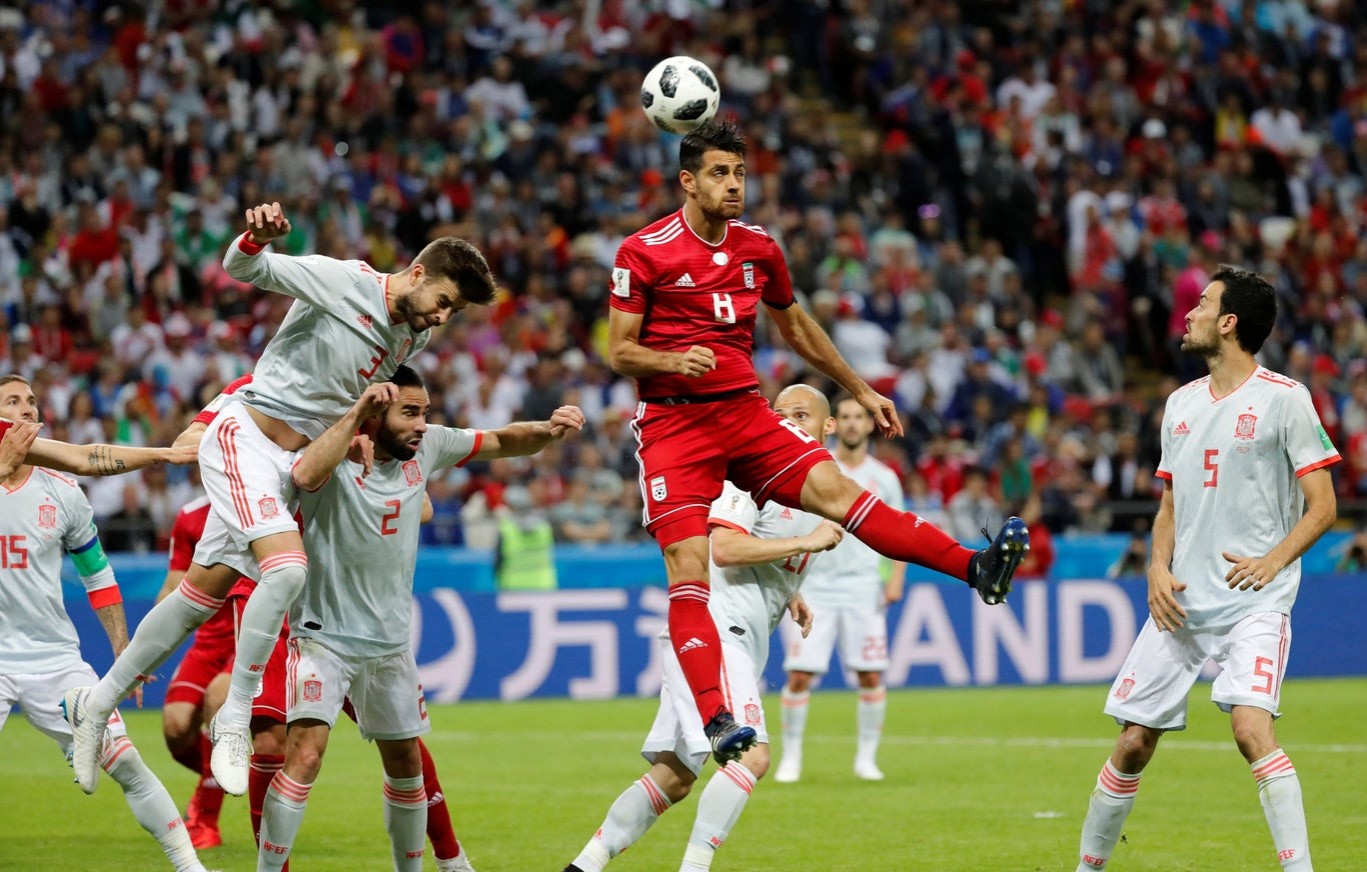 Of course it was Diego Costa who broke the deadlock. He is a forward who bursts dreams as casually as others pop bubble-wrap, a player who, when his mood is right, gives the impression of being able to muster a goal from almost any circumstance. Half-chances, penalty box ricochets and opportunities wrestled from opposing centre-backs are his meat and drink.

For 55 minutes, Spain had been held at arm’s length. They had struggled to impose themselves on an impeccably disciplined Iran. But then the glimmer of an opening emerged. Andres Iniesta slid a ball through for Diego Costa, who rolled the first defender but seemed to have been crowded out, only for Ramin Rezaeian’s clearance to strike the Atletico forward’s shin and rebound in. Unorthodox, unaesthetically appealing but undeniably effective, it was Costa’s career in microcosm.

They may only have drawn that opening game against Portugal, but there was still a sense that of the serious pre-tournament contenders, Spain looked the most coherent. Plenty of other sides have been confounded by the finishing of Cristiano Ronaldo, even without the dreadful error by David De Gea that seemed uncharacteristic to anybody who watches him regularly for Manchester United but that has become worryingly commonplace with his national side. Their struggles to break down Iran shouldn’t really change that assessment, although their shakiness having done so perhaps should. Still, they got an awkward job done and will guarantee their place in the last 16 with a draw in their final group game against a Morocco side that has already been eliminated.

This is not a win that should be underestimated. There were far more Iranians than Spaniards in the ground and they were far, far more vociferous, bringing to bear an eclectic mix of noise-making paraphernalia. There were vuvuzelas and inflatable clap-sticks, even such old-fashioned devices as hands and throats. There were Mexican waves, flags, phone torchlights waved slowly back and forth; it was every spectator trend of the past three decades mashed together in a single giddy outpouring of delight.

They were never more enthusiastic than when the goalkeeper Ali Bieranvand got involved. Any booted clearance drew roars of approval; simple catches were celebrated to the rafters. When he actually made a save, firing to his left to beat away a Sergio Busquets drive four minutes into the second half, it was as though Xerxes himself had materialised, hand cupped to his ear, to demand yet greater delirium.

And beyond the buzz of excitement, Iran defended superbly. They are good at this. There is a reason Iran conceded just five goals in 18 qualifying games and it is Carlos Queiroz. There may not be another coach in the world as good at organising a defence. Slightly surprisingly, he left out both Alireza Jahanbakhsh and Masoud Shojaei here; both were on yellow cards, suggesting Queiroz was already looking ahead to a qualification showdown against Portugal in the final group game.

To achieve it he set his back four narrow, protected by a deep-lying midfield five with Sardar Azmoun, playing on his home ground, dropping a long way back as well. It was a 4-5-1 that often became a 6-3-1 and was often effectively a 6-4-0. It was an approach that didn’t lend itself to particularly beautiful football, as Spain prodded and probed, but there was something mesmerising about the tight concertina of red shirts, expanding and contracting and almost never being drawn out of position. The one part of the Iran set-up that did keep drifting out of position was Queiroz himself, who spent much of the game being ordered back into his technical area by the fourth official.

Spain were good enough, eventually, to break them down, and even then Iran had chances to level, most notably the Saeid Ezatolahi effort that was ruled out for offside despite about two minutes of ecstatic celebration (the VAR obsession meant it was blamed, but the Uruguayan assistant had raised his flag; VAR merely checked whether he was right, actually offered a chance that the goal might be reinstated).

Iran need to beat Portugal to make it through; on their showings on Wednesday, that is far from impossible.