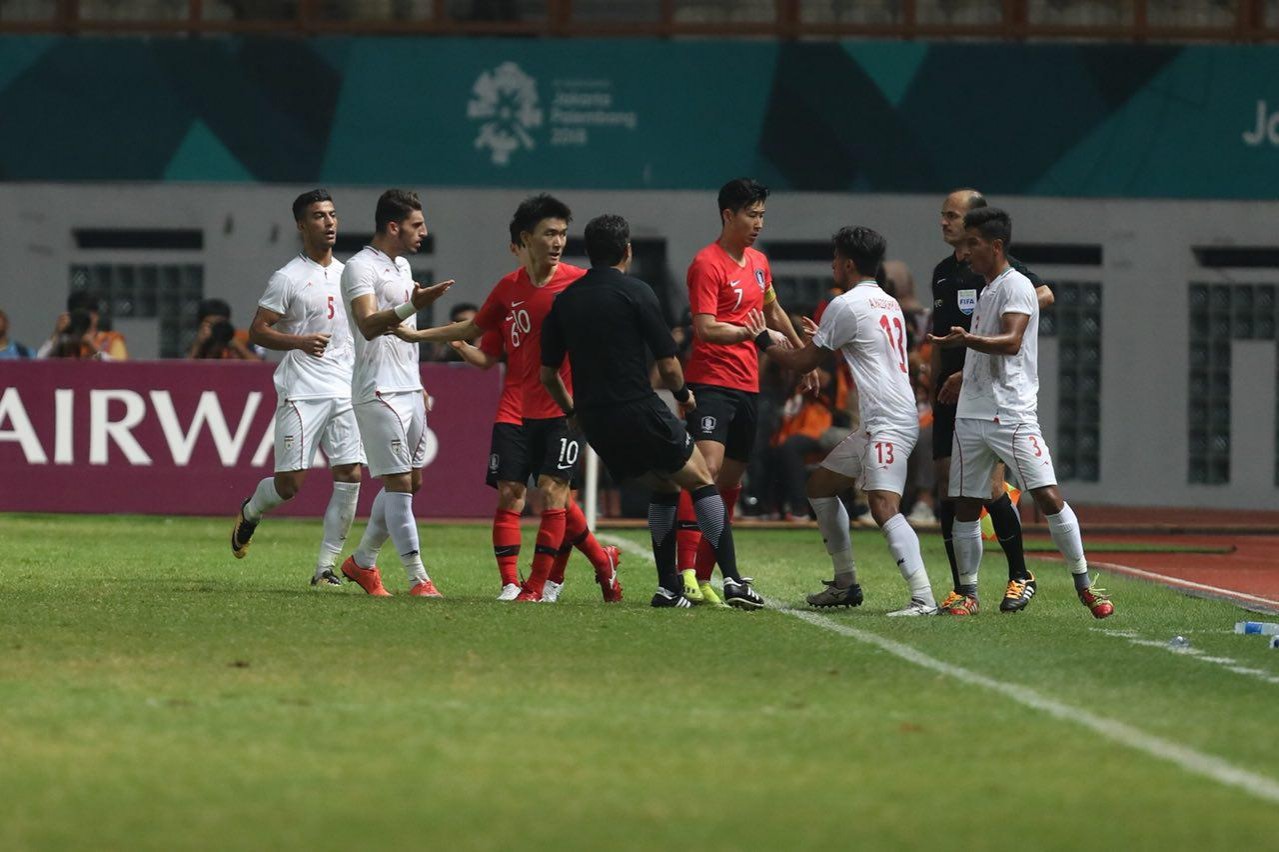 Yonhap - South Korea defeated Iran 2-0 to reach the quarterfinals of the men's football competition at the 18th Asian Games on Thursday.

Hwang Ui-jo and Lee Seung-woo scored a goal apiece at Wibawa Mutkit Stadium in Cikarang, east of Jakarta, to eliminate Iran in the men's football round of 16 match.

South Korea will next face Uzbekistan -- who beat Hong Kong 3-0 earlier at the same stadium -- in the quarterfinal match at Patriot Chandrabhaga Stadium in Bekasi, Jakarta, on Monday.

South Korea, the defending champions, deployed three attackers up front in a 4-3-3 formation, with Hwang Ui-jo in the center flanked by Son Heung-min and Lee Seung-woo.

Son, wearing the captain's armband, had a promising chance in the 12th minute in the box. But the Tottenham Hotspur star's right-footed strike went over the net.

Iran almost delivered a stunner against South Korea in the 18th when Younes Delfi's strike rang the crossbar. South Korea answered back one minute later with Hwang In-beom's right-footed screamer -- which hit the post.

The match heated up in the 31st when the two teams got into pushing and shoving after fierce tackles.

South Korea finally broke the deadlock in the 40th. Left back Kim Jin-ya made a through ball to Hwang In-beom running into the box, who delivered a cross to Hwang Ui-jo to finish with his right foot for a 1-0 lead. It was Hwang's fifth goal in the tournament.

Hellas Verona forward Lee Seung-woo then stepped up to double the lead in the 55th. The 20-year-old dribbled past two Iranian defenders from the left side of the box and fired a right-footed shot that went past goalkeeper Mahdi Amini Zazerani.

South Korea, however, saw their goalkeeper, Jo Hyeon-woo, who made his name internationally through the 2018 FIFA World Cup, leave the pitch in the 59th with an apparent knee injury. He was replaced by Song Bum-keun, who made a start in South Korea's shocking 2-1 defeat to Malaysia in the group stage.

Looking to cut the deficit, Iran pushed forward for goals, but they couldn't get past the energetic South Korean defenders, who were not afraid to throw their bodies on the pitch.

South Korea substituted in defensive midfielder Kim Jung-min in the 89th minute to seal their ticket to the last eight.

The victory was a bittersweet one for head coach Kim Hak-bum, with Jo going out with an injury.

"Even though he walked off the field under his own power, we'll have to see results of further tests tomorrow," said Kim, who doesn't have a third goalkeeper to step in if Song also goes down.

With the star goalkeeper down and out, Kim said the defenders did an outstanding job.

"We faced such a tough opponent, but our players all came together to overcome this hurdle," he said. "I'd like to give kudos to our defenders for not allowing a goal."

Kim also said most of the players on the team have lost to Uzbekistan while they were on the U-20 national team, and they will be motivated to take revenge at the Asian Games.

The coach also said the team chemistry is improving by the day.

"We had players from foreign clubs join us late, and our team cohesion wasn't always where it should be," Kim said. "It was a gamble to take this team to a tournament without having played a tune-up match. I told people that we'd grow tighter and tighter as a team as the tournament progresses. And we'll try to keep improving."