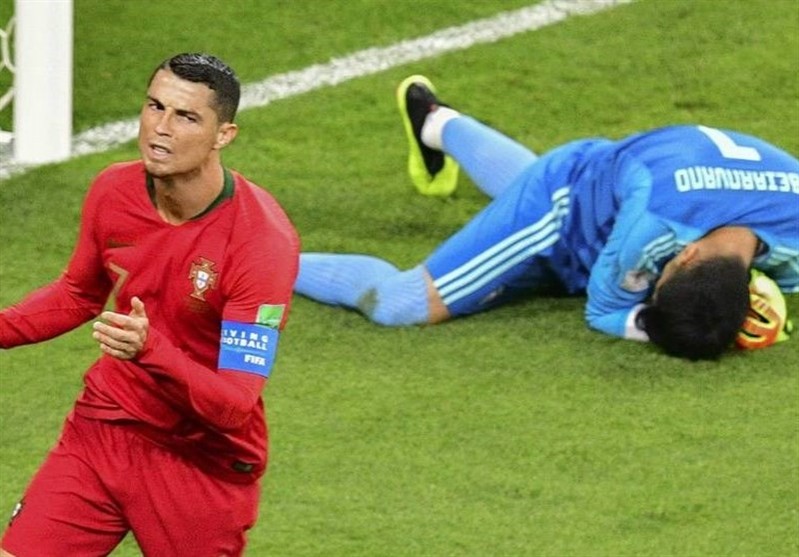 Guided by ex-Manchester United coach Carlos Queiroz, Iran went close to getting out of its group by beating Morocco then getting a draw against Portugal thanks to Beiranvand’s heroics.

The 26-year-old’s 80m throws are all over the internet – but saving Ronaldo’s penalty put him on the world stage and he says it was no fluke after putting in the hours watching his spot-kicks, the Irish Sun reported.

Beiranvand said: “I studied the last few penalty kicks that he took, including his one in the Champions League against Juventus in the last minutes and the one against Spain. He normally always put them high. I looked at his feet.”

“I noticed in his eyes he always looks at the goalkeepers legs and whether the left or the right one moves first – so I waited and waited to see where he put his left leg. I always want to be the cause of my team getting a result, even if we win 1-0 and I’ve not scored the goal but I can be the man of the match,” he added.

“Before that game I went through everything beforehand with Carlos Queiroz and the coaches, they said picture it in my head, like everything is a movie,” he added.

Beiranvand is now hoping the plot-line of his career takes him to England.

He has an agreement with his club Persepolis that he can leave in January and Iran’s ranking means a work permit should not be a problem.

And it would mark an amazing rise for Beiranvand after growing up in a nomadic tribe in Iran.

He said: “I came from south-west Iran in a special tribe that moved around for better life. It’s about cattle and was a simple agricultural life. We lived in tents and I was always listening to the radio for football.”

“As a kid I always wants to be involved in football but it was a pure accident that I was a keeper.”

Beiranvand moved to Tehran to study and even slept rough outside his training ground as he tried to make his way in football.

He started as a striker but injury to a goalkeeper saw him go in goal and he hasn’t looked back.

“After the World Cup the expectations from people came more and more and I also became more noticed.

“And because of this, to stay at the top I worked even harder. It made me more confident and I transferred it to the Asian Champions League.”

Next stop is England, if Beiranvand follows his own script.