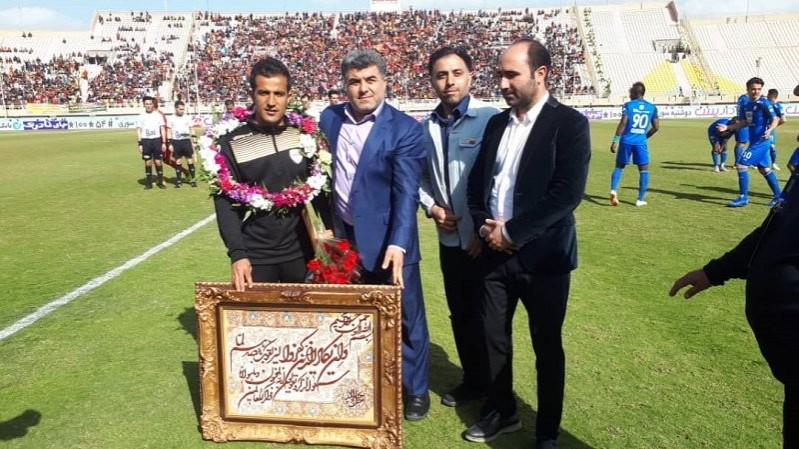 The 36-year-old footballer has hung up his boots after a 19-year career.

Mobali bade farewell to the football prior to Foolad home game against Esteghlal in Iran Professional League (IPL) in Ahvaz’s Ghadir Stadium.

Mobali joined Foolad's senior team in 2000 and was the key member of his team’s championship in IPL 2004–05 season.

He also made 60 appearances for Iran national football team and scored two goals.

Mobali made his debut for Team Melli in January 2001 against China. He was among Iran's under-23 squad in 2002, winning a Gold Medal in the Busan Asian Games.

Mobali also was a member of Team Melli in the 2011 AFC Asian Cup and scored a winner for Iran in a 2-1 win over Iraq.