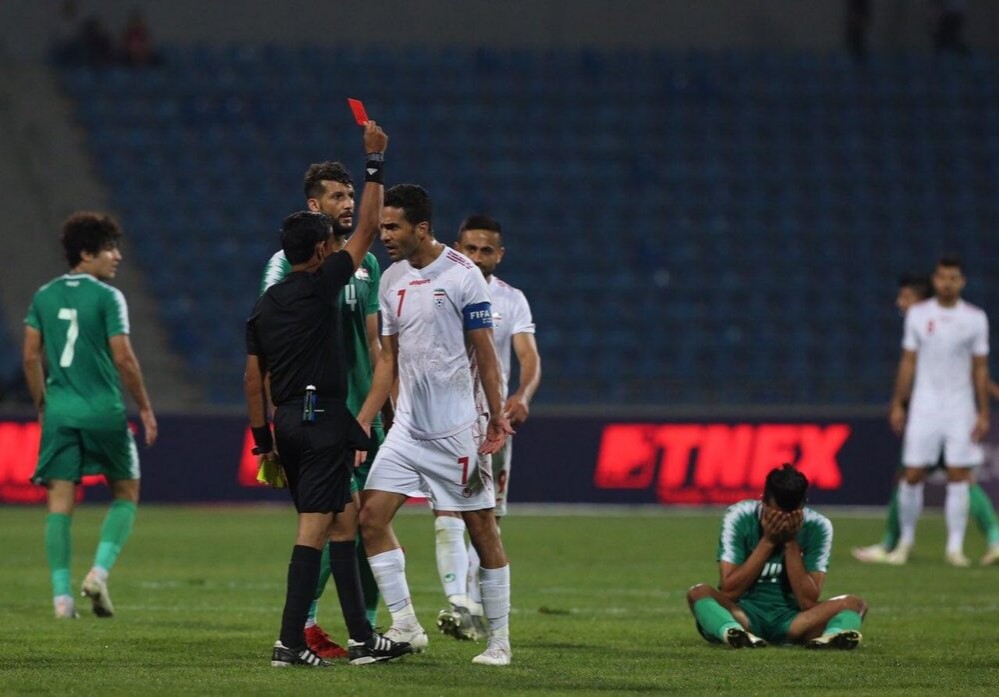 Going into the match, the two sides were separated by a single point at the summit of Group C, with Iraq leading the standings with seven points.

But Bahrain’s goalless draw in Hong Kong meant whichever side that won the tie would earn the top spot by the end of matchday.

Iraq got off to a flying start as Persepolis midfielder Bashar Resan supplied a pinpoint cross from the right into the path of Ali Adnan who swept it first time at the far post.

The left-back’s shot was parried by Alireza Beiranvand, but only as far as Mohanad Ali who rifled the ball into the roof of the net to put the Lions of Mesopotamia in the lead after just 11 minutes.

Iran drew level in the 25th minute through Ahmed Nourollahi.

Mohammad Mohebi advanced down the right to the byline and pulled back for Nourollahi at the edge of the penalty box, and the Persepolis midfielder collected the ball and fired into the bottom corner to make it 1-1.

A tight second half changed drastically as Iran were reduced to 10 men as Masoud Shojaei was sent off for a second booking in the 81st minute.

That was followed by a dramatic finish as, replacing goalscorer Ali, substitute Abbas added his name to the scoresheet in the second minute of added time.

Walking away with the three points, Iraq lead the group going into their game against second-placed Bahrain next week, while Iran will remain in third until 2020 as their next fixture sees them hosting Hong Kong in March.