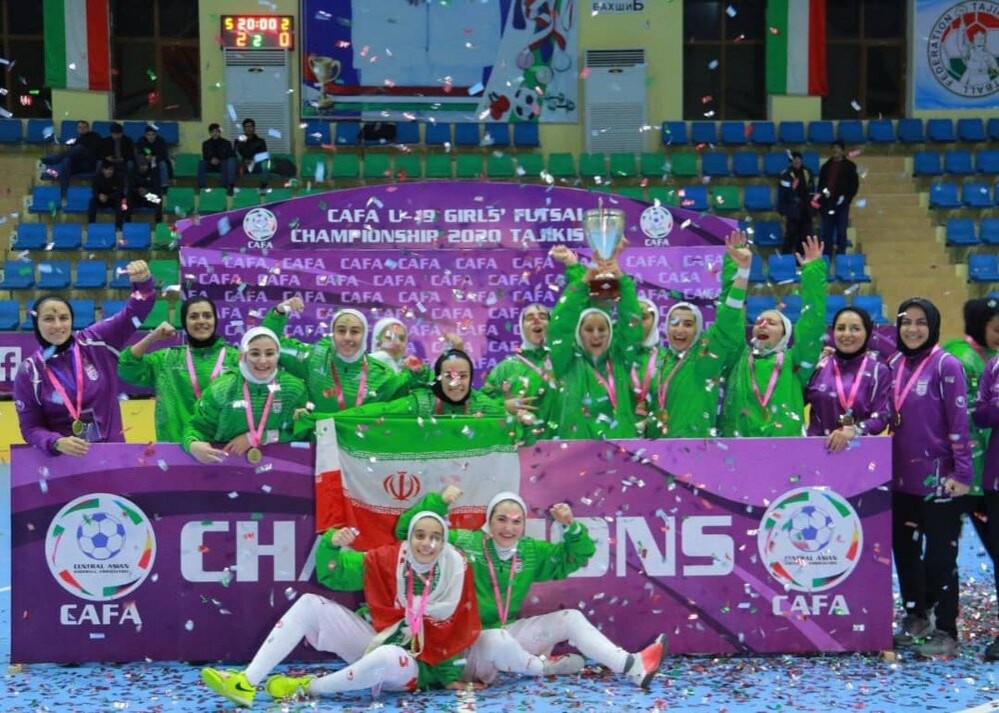 AFC - Islamic Republic of Iran were crowned as winners of the inaugural CAFA U’19 Girl’s Futsal Championship after completing a clean sweep of their opponents with a 2-0 win against Kyrgyz Republic in Dushanbe on Wednesday.

Tuesday’s 7-1 triumph over title challengers Uzbekistan meant Iran knew the trophy would be theirs ahead of the final day of action, but Wednesday offered the chance to complete a perfect five wins from five; one they duly took despite a brave fight from their opponents.

After piling on a stunning 50 goals in their opening four matches, Iran were given their toughest battle of the tournament against an unheralded Kyrgyz Republic outfit, with goals from Roghaye Somaye and Fahime Arzani either side of half-time eventually getting the job done for Niloofar Ardalani’s side.

Somaye’s strike put the finishing touches a superb individual campaign, with the Iranian youngster scoring a remarkable 19 goals in five matches - including seven in Iran’s 16-1 win over Afghanistan on Matchday Two – to easily claim the tournament’s top scorer award.

Iranian skipper Maral Torkaman was also honoured, earning the Most Valuable Player prize for a sterling campaign which included 12 goals of her own.

Iran are among the leading lights of Asian women’s futsal, winning both editions of the AFC Women’s Futsal Championship, held in 2015 and 2018 respectively.

Earlier on the final day, Uzbekistan confirmed their status at the tournament’s second-best side with a convincing 7-2 win over host nation Tajikistan, while Turkmenistan continued their teriffic end to the tournament to finish in third place after Mariya Charyeva bagged a hat-trick in a 9-0 over last placed Afghanistan.