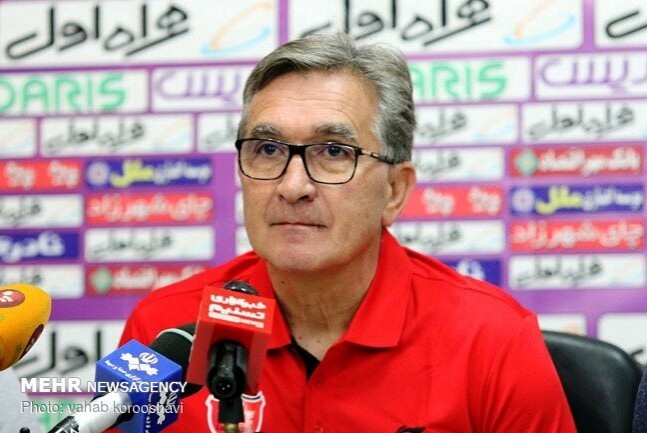 The Croatian coach led Iran at the 2006 FIFA World Cup, where the Persians failed to book a place at the next stage.

Iran started the campaign with a 3-1 loss against Mexico and then lost to Luis Figo’s Portugal 2-0. Iran drew 1-1 with Angola and were knocked out of the competition.

In the match against Portugal, Karimi kicked a sports bag when he was substituted. In the press conference, Ivankovic criticized his player’s performance.

“He [Karimi] made a disciplinary mistake which we will need to discuss after the World Cup when we get back to Iran. He may not start our next game against Angola," Ivankovic had said.

Ivankovic left Iran after the 2006 World Cup since his contract expired at the end of the competition and Iran football federation didn’t renew that.

“Our players did their best in the 2006 World Cup but we took part at the competition with several injured players. Ali Karimi, Javad Nekounam, Fereydoon Zandi and Sattar Zare were injured ahead of the competition. Karimi had just suffered the worst injury of his soccer career,” Ivankovic said in an interview with Varzesh3.com.

“Ali Daei, Yahya Golmohammadi and Sohrab Bakhtiarizadeh had joined us too late since they were forced to feature Saba Battery in the AFC Champions League. We could have earned the better result if our players were well-prepared,” he added.

“Expectation were very high in the 2006 World Cup and the fans and media put us under pressure. The President (Mahmoud Ahmadinejad) had said Iran had to advance to the semifinals. We started well the competition but in the last 15 minutes against Mexico, our problems started and everything fell apart,” Ivankovic said.

The Media had reported that there was disagreement between the players but Ivankovic refuted the claims.

“Our players respected each other and there was any problem in the team. As I said, our team were not fully ready for the competition,” the Oman coach stated.