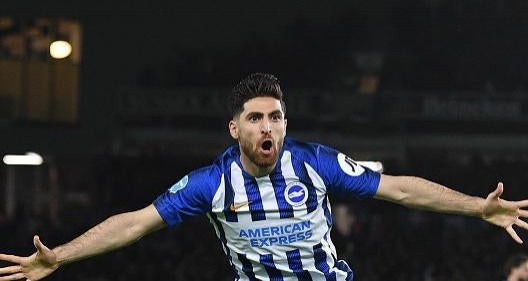 Wscountytimes - Alireza Jahanbakhsh has been linked with a summer move away from the Amex Stadium having not been included in either matchday squad following the Premier League restart.

The Iranian winger joined Brighton for £17m in 2018 from AZ Alkmaar but has struggled to establish himself as a regular with Graham Potter. He has made only eight Premier League appearances this season.

Reports from Holland suggest Ajax have targeted Jahanbakhsh as a replacement for Hakim Ziyech, who is set to join Chelsea.

Ajax team director of football Marc Overmars has apparently been in contact with the player and the 26-year-old is said to be open to an Eredivisie return - it’s unclear how much Ajax would have to pay for him.

Jahanbakhsh had been out of the Albion team at the start of the season but made a huge impact against in successive games against Bournemouth and Chelsea over the festive period.

He grabbed his first Albion goal against Eddie Howe's team in the 2-0 triumph, while against Chelsea he helped Albion to a 1-1 draw with a spectacular overhead kick.

A sustained run in the team remained elusive though and his exclusion from the matchday squads against Arsenal and Leicester has increased speculation on his future.

“Every player is disappointed when they are out of the squad, regardless of the final number," said Potter.

“Sometimes you can make decisions on a starting eleven and then you look at the balance on the bench and sometimes a player can miss out on the 20 but is actually quite close to the starting eleven.

“He is that type of player that I just mentioned. You can make a different decision from the starting eleven, then with the amount of attacking players we have on the pitch.

“Maybe with the make-up of it he’s just been a bit unlucky. He has been top in terms of how he has worked, his professionalism, his support for the team, how he’s conducted himself has been incredible.

“It’s so hard when you have to make those decisions to leave players out, especially like Ali.

“He deserves to be in the starting eleven and the squad, he deserves that with his attributes, with his work.

“It’s just the joys of the head coach. He has to make the decision and at the moment he’s been unlucky.”