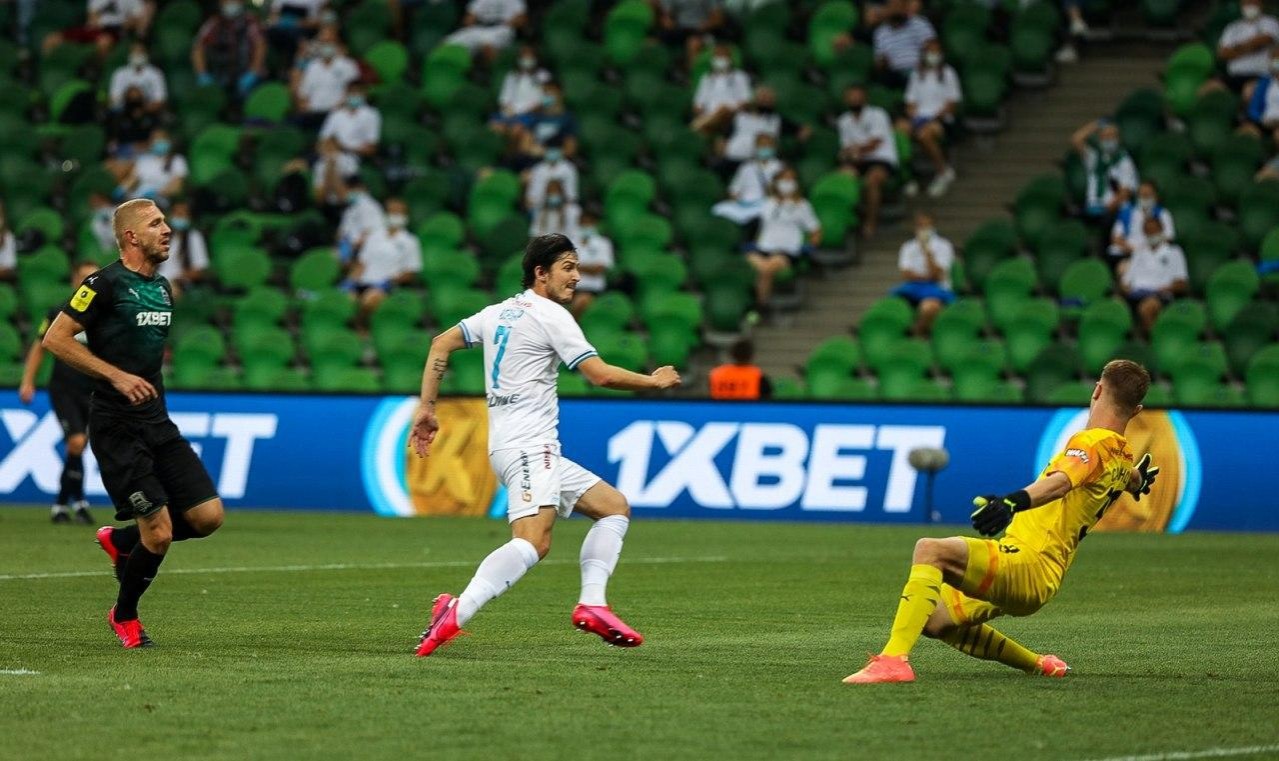 FCZenit - Sergei Semak's men lead from the start in Krasnodar to secure the Russian Premier Liga title for the second year in a row.

Goals from Sardar Azmoun (5, 52) Artem Dzyuba (45 pen), Aleksey Sutormin (72) and a spectacular penalty save from Andrey Lunev on 41 minutes, meant Daniil Utkin's brace (29, 50) was not enough to stop the blue-white-sky blues wrapping up the RPL title with four games to spare.

Sergei Semak's men return to the Gazprom Arena on Wednesday 8 July to be crowned 2019/20 Russian League champions for the seventh time before the match with Sochi.

Who is from Iran , look this video , where Serdar Azmoun with man  have sex - https://www.instagram.com/p/CCS1toKIab6/ PLEASE REPOSTED THIS AT IRANIAN NEWS .