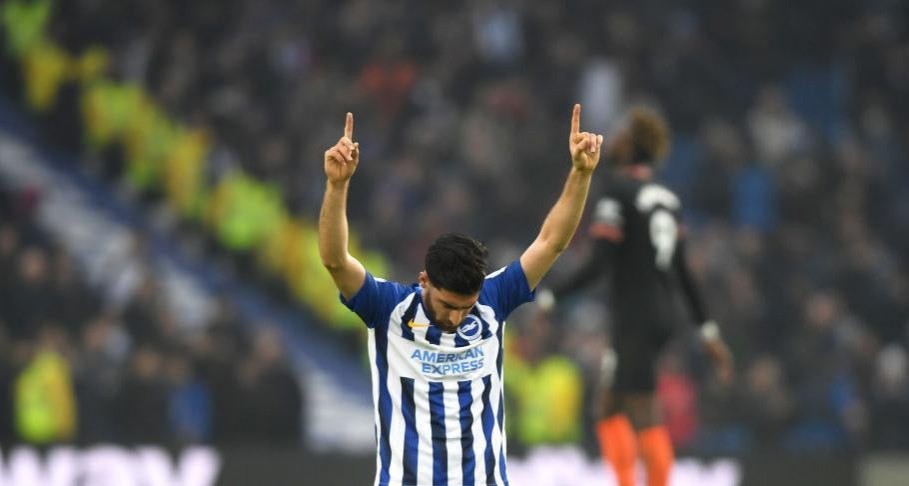 BrightonandhoveIndependent - One of the many difficult transfer decisions for Brighton and Hove Albion to make this summer is the future of Iranian winger Alireza Jahanbakhsh.

Jahanbakhsh, 26, has started just three times from his nine appearances in the Premier League under Graham Potter and didn't once complete a full 90 minutes.

He scored in his first start against Bournemouth last December and also netted a memorable overhead kick when he came off the bench in the following match against Chelsea.

It didn't however result in a sustained run in the team for a player who joined Brighton for £17m in 2018 from AZ Alkmaar and is contracted until June 2023.

His other two outings in the starting XI were during the 3-1 loss at Bournemouth and the 1-0 defeat at Everton.

He failed to make the Premier League match day squad entirely on 19 separate occasions this season and his only run out since the restart was for the final 20 minutes during the 5-0 home loss against Man City.

Jahanbakhsh scored 34 goals from 79 appearances at his previous club AZ Alkmaar and reports from Holland suggest Ajax want to bring the Albion man back to the Eredivisie as a replacement for Chelsea-bound Hakim Ziyech.

In 2017/18 he was the leading goal scorer in the Dutch top-flight with 21 goals and finished joint third with 12 assists. Jahanbakhsh is the first Asian player ever to finish top goalscorer in a top level European league.

Ajax team director of football and former Arsenal winger Marc Overmars has apparently been in contact with the player but it’s unclear how much Ajax would have to pay Brighton for his services.

"He'll be frustrated of course because he wants to play and I understand that," said Albion head coach Potter. "He's been great around the club, great with me, he gives his best all the time but he's like any footballer - they want to play more.

"So it's something we have to think about over the break and do what's right for him and the club.

"But he's a good player and he can help us. But again you can understand it from his perspective that he wants to play more regularly than he has."