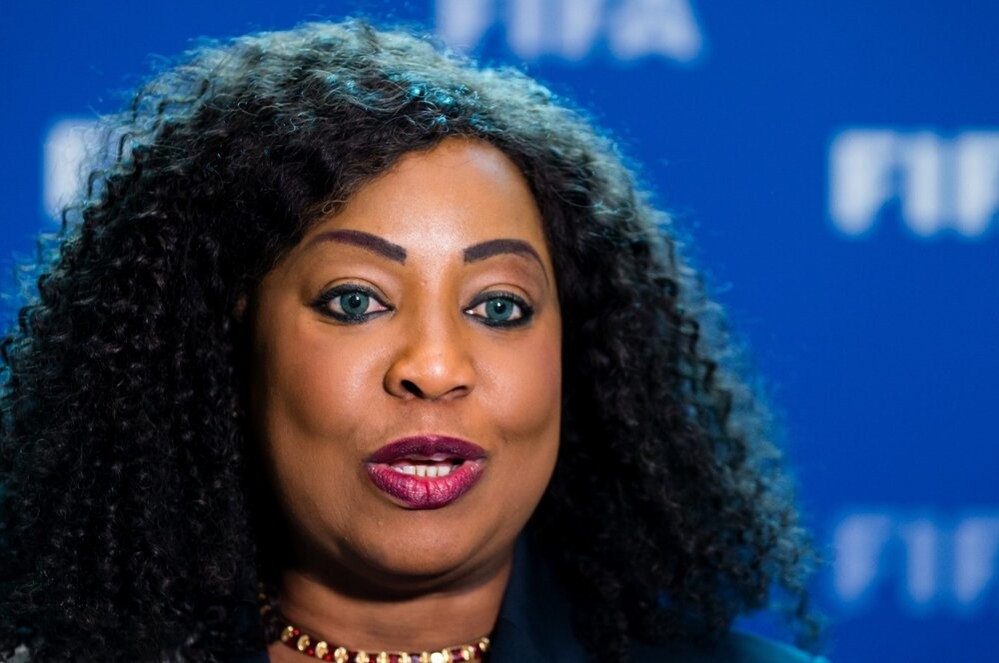 Tehran Times - FIFA Secretary General Fatma Samoura warned Iran FIFA and AFC are strongly opposing any use of legal threats and intimidation of any sort by anyone against a person or a group of persons.

The Football Federation Islamic Republic of Iran (FFIRI) has been recently ordered to pay Marc Wilmots an amount of approximately six million euros after the Belgian coach filed a complaint against Iran to FIFA.

Now, the Iranian Parliament is going to study the case to find out who is to blame for the mistake but Samoura says that FIFA and AFC strongly oppose any use of legal threats.

“It has been brought to our attention through various credible sources including media outlets quoting senior officials of FFIRI have apparently been "charged for negligence in performing their duties" by the General Inspection Agency in view of the recent decision rendered by the FIFA Players' Status Committee in the context of an employment-related dispute, whereby IRIFF was ordered to pay to the former coach of the national team, Mr. Marc Wilmots, an amount of approximately six million euros. We also understand that further investigation and legal prosecution are to come from the General Attorney of Tehran on the same,” Samoura wrote in a letter to FFIRI Secretary-general Mehdi Mohammad Nabi.

“First and foremost, we would like to emphasize that FIFA and AFC are strongly opposing any use of legal threats and intimidation of any sort by anyone against a person or a group of persons, particularly in the context of an attempt to exercise undue authority over a Member Association, thus violating the latter's autonomy.

“This being said, in order to fully assess the situation at hand, we would kindly ask you to provide FIFA and AFC with a comprehensive report by 2 September 2020 at the latest relating the position of FFIRI and the details of the aforementioned situation.

“We take this opportunity to remind you that according to art. 14, par. 1 lit. i) and art. 19 of the FIFA Statutes, FIFA Member Associations are obliged to manage their affairs independently and without undue influence from third parties. Any breach of these obligations might lead to potential sanctions as provided for in the FIFA Statutes, including the suspension of the Member Association.

“Moreover, and in relation to the aforementioned, we would like to emphasize that any violations of art. 14, par. 1 lit. i) of the FIFA Statutes may also lead to sanctions, even if the third-party influence was not the fault of the member association concerned (cf. art. 14 par. 3 of the FIFA Statutes),” she wrote. 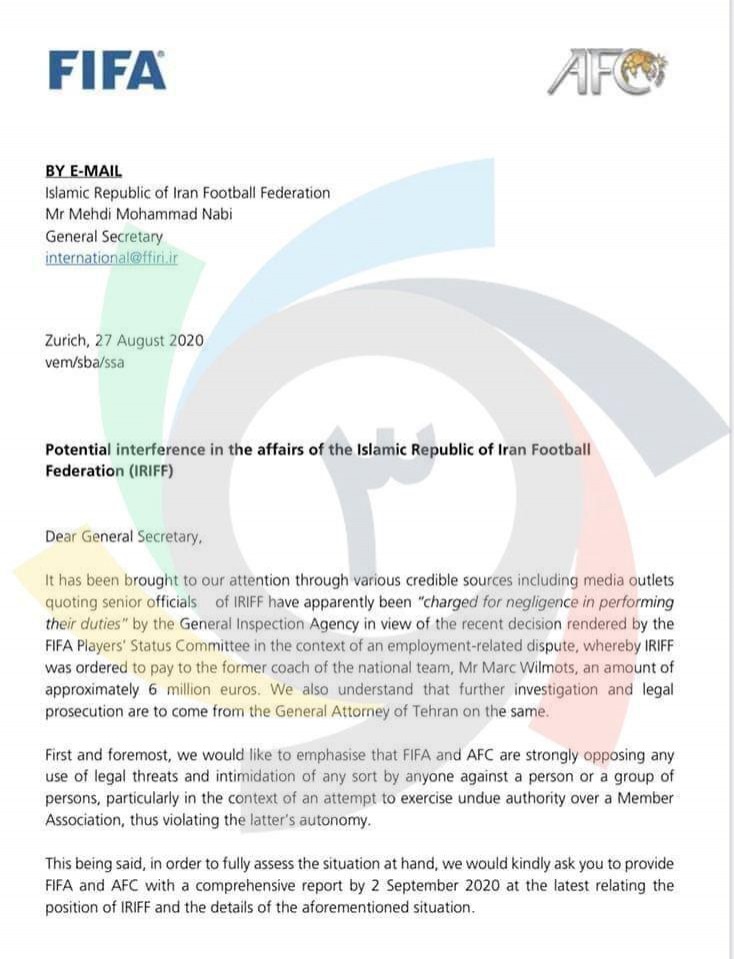