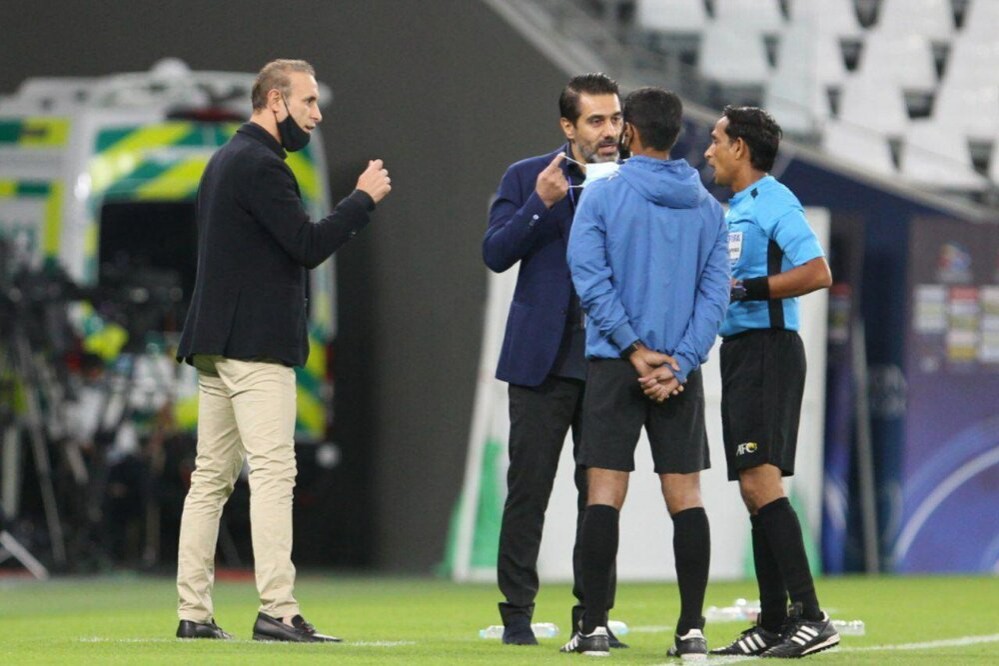 Persepolis suffered a 1-0 defeat against the Qatari giants in Group C of the 2020 AFC Champions League. Almoez Ali scored the goal from the penalty spot in the 60th minute.

Golmohammadi says that they must forget defeat and prepare for Sharjah Match.

Persepolis must beat the Emirati side on Thursday to book a place in the knockout stage.

“We are not satisfied with the result of the match. I think our players were tired physically since we’ve played three matches in eight days,” Golmohammadi said.

“Persepolis were the better team in the first half and had several chances to score. Al Duhail defeated us without making a real chance,” he added.

“We have a difficult match against Sharjah and must beat them to qualify for the next round,” Golmohammadi stated.