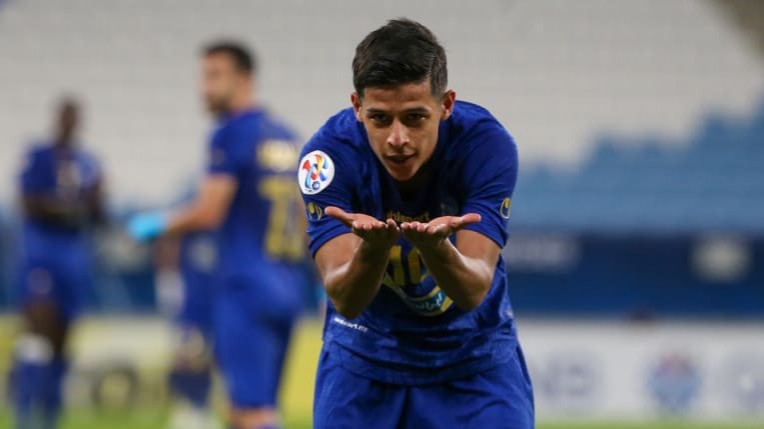 AFC - Esteghlal cruised into the 2020 AFC Champions League Round of 16 with an emphatic 3-0 victory over Group A leaders Al Ahli Saudi FC in Matchday Six on Wednesday.

Head coach Majid Namjoo-Motlagh’s men went into the game with the knowledge that only a two-goal margin win would secure their place in the Round of 16 alongside Al Ahli and ahead of Al Shorta and from the start they made their intentions clear.

An early spell of sustained possession for Esteghlal saw them patiently probe and look for an opening, which they had for the first time after 21 minutes when club captain Vorya Ghafouri lined a free-kick from 20 yards, curling it past the wall but fairly centrally allowing goalkeeper Mohammed Al Owais to make a flying save to tip it behind for a corner.

Esteghlal went a step further, beating Al Owais in the 26th minute. Mehdi Ghaedi delivered a pinpoint cross that was met by Ali Karimi on the half-volley, but the midfielder’s effort cannoned off the upright.

Three minutes later, the Iranian dominance finally produced a goal. Farshid Esmaeili received the ball down the left and fed Ghaedi on the edge of the box. The Esteghlal number 10 drilled a powerful drive that nestled into the bottom corner despite Al Owais’ best efforts to save.

Al Ahli’s troubles were doubled seven minutes before the break as Ghaedi turned from scorer to creator, sending a cross from the right flank into the far post for Karimi who evaded his marker and headed home Esteghlal’s second.

After the restart, Esteghlal were quick to cement their place in the Round of 16 with a third goal.

Karimi supplied a chipped cross from the edge of the penalty area for Cheick Diabate and the Malian forward guided his header past Al Owais to make it 3-0.

Goalkeeper Seyed Hossein Hosseini got his first big test of the night in the 79th minute when substitute Hussain Al Moqahwi fired a thunderous strike from 30 yards out, and the Iranian goalkeeper did well to make the save.

The result means Esteghlal finish second behind confirmed Group A winners Al Ahli, goal difference giving the Iranian the advantage over Al Shorta who are consigned to a narrow group stage exit.

If Esteghlal FC was privatized it would become the powerhouse it once was and ought to be.