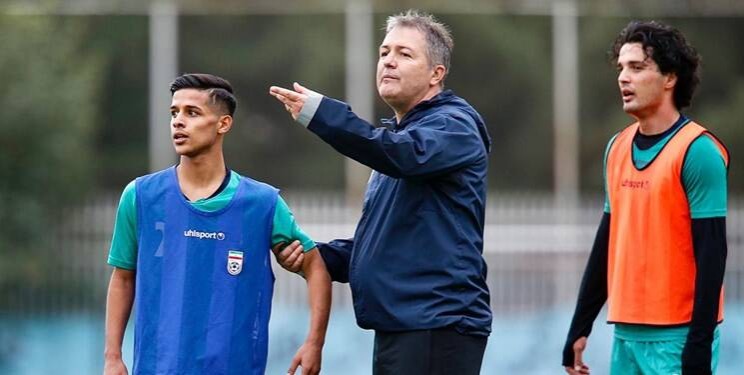 Earlier he named a 23-man list for the encounter to be staged on Nov 12 in Sarajevo. Like the previous list, that was announced for the friendly matches against Uzbekistan and Mali, this list also sees a host of new players.

"Team Melli is always ready for appropriate challenges and we will not stop even in hard days of the COVID-19 outbreak," said the Croatian coach on Saturday.

He said the team is seeking a tough rival so that it can help the team out. Iran earlier defeated Uzbekistan 2-1 while the other match against Mali was canceled due to COVID-19 concerns.

"The match against Bosnia has been scheduled in line with this path and I am happy with that," added the coach.

"We had some problems for inviting some of the players for the earlier camp that eventually led to the absence of those players," he said.

Skocic said during this camp, too, the team could not use some players including Sardar Azmoun, Mehdi Taremi, Alireza Beiranvand, Alireza Jahanbakhsh, Mehdi Torabi, Ali Karimi, and Mohammad Mohebbi despite the will to invite them.

"Despite all these, I believe we have a good team and I have full trust in players that accompany the team in Bosnia."

Iran is preparing for the 2022 World Cup qualifiers that have been postponed for 2021. The team is standing third in Group C behind Iraq and Qatar and must win the four remaining matches for a berth to the next round.