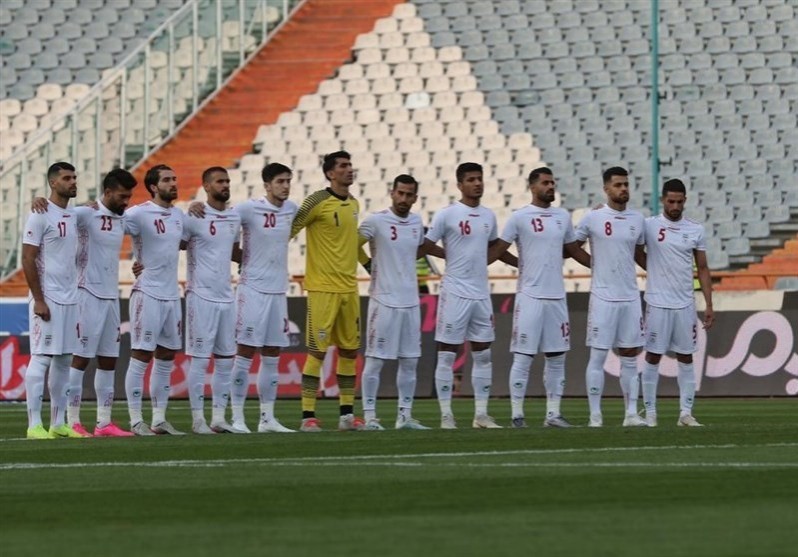 MNA – The Asian Football Confederation's decision to give Bahrain the privilege of hosting the 2022 World Cup qualifying stage is against the spirit of sportsmanship.

On Friday, the AFC announced the chosen countries for hosting each group of qualifiers for the 2022 World Cup and 2023 AFC Asian Cup. The body had earlier said that the matches would be held in a centralized manner due to concerns over the coronavirus pandemic.

Iran had already requested to host matches of Group C, however, the hosting nation of the group turned out to be Bahrain.

The matches of this level had been originally scheduled to be held last year but were postponed due to the outbreak and Iran was the host of three matches against Iraq, Bahrain, and Hong Kong with an away match against Cambodia.

The AFC has not publicly spoken about the criteria of choosing the host countries but according to Iran's head coach, the decision seems to effects of Bahrainis' lobbies at the AFC than anything else.

“In the video conference held on Feb. 14, I told Shin Mangil, AFC Competitions Director, all decisions have been already taken and the conference is useless,” Tehran Times quoted Dragan Skocic as writing in an Instagram post. “They wanted to hear our opinions but I think everything was already determined because when we were discussing holding the matches in April or postponing them to June, a message suddenly appeared on the screen in which the matches would surely be held in June. In the session which was held to talk about the postponement of the matches, the Bahraini representative, without any introduction, talked about hosting the remaining matches and it was the thing that surprised me the most.”

“Furthermore, I don’t understand why the matches were postponed for one year. When we talk about the safety and wellbeing of the players, the strict observance of health protocols is my priority but the coronavirus is no longer a new issue. In my opinion, the AFC has gained experience about holding the competitions over the past year.”

“I insistently wanted the AFC representatives to emulate the various competitions in Europe and they told me, ‘You don’t realize the diversity of the Asian continent.’ Now, with this decision, I am fully aware of the diversity among the continents. Very weird behavior.”

“In my opinion, the AFC should have found a solution that equality benefits everyone - not one team - and made a decision according to the spirit of sport. But in the end, all the teams have to face us and we will undoubtedly have a strong presence and surpass this situation,” Skocic concluded.

Also, President of the National Olympic Committee (NOC) of the Islamic Republic of Iran Reza Salehi Amiri slammed the AFC’s decision. "The elimination of Iran hosting the matches and granting it to Bahrain is the result of collusion in Asian football and the silence of the world football federation."

According to Salehi Amiri, Foreign Minister Mohammad Javad Zarif has sent a letter to FIFA President Gianni Infantino on the issue

How about Bahrain’s weather in June?

Another important point here is the high temperature of the Persian Gulf country in June. Taking a look at data of previous years makes it clear that the temperature will be around 35-40° c with humidity around %60. These harsh weather conditions will only be to the benefit of the home country of AFC president Sheikh Salman bin Ibrahim Al Khalifa.

FIFA decided to hold the 2022 World Cup in winter due to the hot weather of the region in summer. Has there now been a change in the weather or the rationality?

Bahrain, a country with a 1.6 million population, may have used its covid-19 vaccination program as leverage to steal the hosting privilege, however, this by no means can act as the main criterion.

Doha hosted the final stages of the 2020 AFC Champions League when there was no vaccine around and showed that it is possible to hold matches under health protocols.

Meanwhile, Iran has contained the outbreak and vaccination has already started.

In the first match of the two teams that was held on Oct. 15 in Manama, Bahraini fans insulted Iran by booing and making a lot of noise while the national anthem of the Islamic Republic was being played.

Iran lodged a complaint against the move and FIFA later fined Bahrain 20,000 Swiss francs in part for “Order and security at matches (overcrowded stadium; booing the national anthem)”.

It is time for the continental and world football governing bodies to adhere to the slogan that they always raise; ‘fair play’. Surely it is by no means ‘fair’ to deprive Iran and its football-crazy fans of their inalienable right for hosting the remaining matches of the qualifiers.