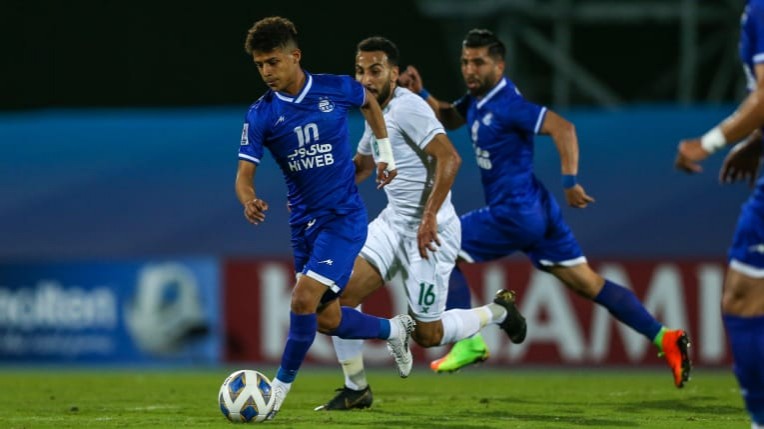 AFC - Islamic Republic of Iran’s Esteghlal cruised to a 5-2 victory against Al Ahli Saudi FC on Matchday One of the 2021 AFC Champions League Group C at King Abdullah Sports City Stadium on Thursday.

The two sides had met in the group stage last year, and exchanged wins with Al Ahli winning 2-1 in Kuwait on Matchday Two and Esteghlal responding with a 3-0 victory in Doha on the final matchday.

Getting their 2021 campaign underway, Esteghlal wasted no time in taking the initiative and were in the lead inside six minutes as Hrvoje Milic’s free-kick was deflected off the wall and into the path of Farshid Esmaeili who took it expertly on the half-volley, firing his side in front.

Al Ahli got a golden chance to equalise in 27th minute after Milic brought Salman Al Mowashar down inside the box prompting the referee to point to the spot. Syrian forward Omar Al Soma stepped up and converted to bring Al Ahli level.

Whatever coach Farhad Majidi said to his men at the break worked magic as they came back onto the pitch with a renewed drive to score and hammered their opponents area with an avalanche of attacks from the get go.

Within three minutes, Al Ahli's Mohammed Al Owais was forced into back-to-back stunning saves as Amir Arsalan Motahari and Esmaeili tested the goalkeeper with powerful headers, the latter requiring a combination of the custodian and the post to stop him.

The overlapping runs of left-back Mohammad Naderi left the Al Ahli defenders in his trails and he was able to beat Al Owais at his near post five minutes after the restart, but watched his powerful effort bounce off the woodwork.

Naderi put Esteghlal in front after taking advantage of a defensive mix up inside the box, stabbing in from close range in the 54th minute.

A quick break halfway through the second period saw Motahari run into acres of space down the right before feeding youngster Mehdi Ghayedi at the far post and the Esteghlal number 10 was left with a simple task to slot home his side’s third of the night.

Al Ahli captain Motaz Hawsawi sent a cross into the box that was deflected into the path of Al Soma who showed his poacher’s instinct to send it past the Esteghlal goalkeeper, bringing his side to within a goal of their opponents in the 79th minute.

Hussein Al Moqahwi thought he had drawn Al Ahli level with five minutes to go as his powerful low effort clipped the hands of goalkeeper Mazaheri and looked headed over the line, but Esteghlal were rescued by the upright on that occasion.

Moments later, it was the Iranians who found the back of the net as Ghayedi rifled home from 30 yards out to restore Esteghlal’s two-goal cushion and add his second of the game.

The goal fest was concluded in the last minute of normal time after Mohammad Al Bassas tripped substitute Cheick Diabate inside the box and the Malian striker converted the resulting penalty himself to round off the scoring, making it 5-2 at the final whistle.

A resounding victory for the Iranians means they top Group C at the end of Matchday One. They face Al Shorta of Iraq next, while Al Ahli play Qatar’s Al Duhail who had beaten Al Shorta 2-0 in the earlier Thursday fixture.