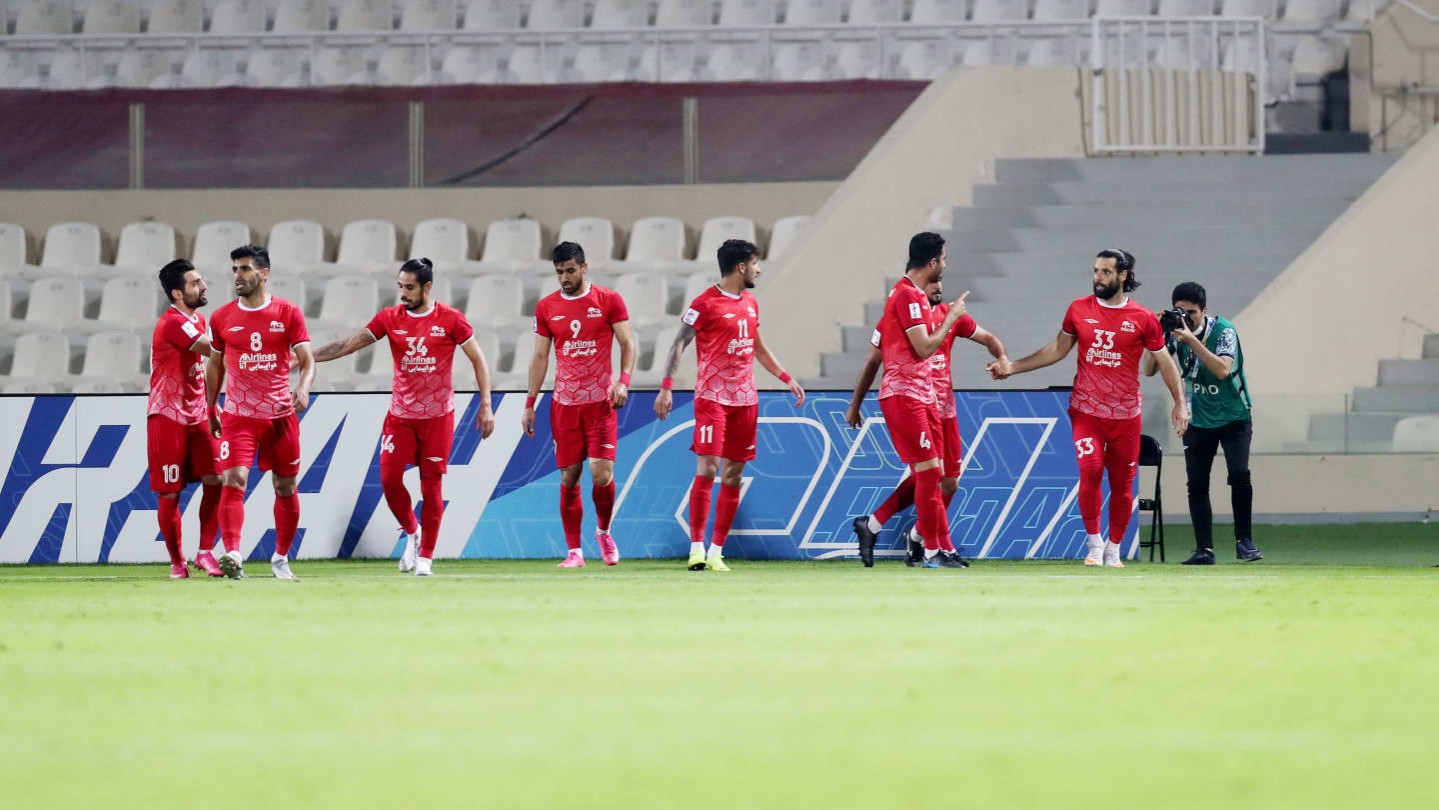 Sharjah had secured the top spot in the group and a place in the Round of 16, but Tractor were hopeful a win coupled with other results going their way could keep them in the competition, having gone five games undefeated and collected seven points prior to Thursday.

Coach Rasoul Khatibi’s men wasted no time taking the game to their opponents and were in front after just seven minutes when Saman Narimanjahan found Abbaszadeh in space between the Sharjah centre-backs and the number 33 controlled with his left and fired into the bottom corner of goalkeeper Adel Al Hosani’s net to put Tractor in front.

Sharjah’s first big chance came in the 27th minute when Brazilian winger Caio whipped a ball from an angled free-kick into the box, forcing a footed-save from goalkeeper Mohammadreza Akhbari who launched an immediate counter attack sending four Tractor players through on goal, but a combination of quick Sharjah recovery and poor decision making meant the Iranians could not capitalise on the chance.

Caio tested Akhbari with another free-kick after the hour mark and the Tractor goalkeeper punched it into the path of Khaled Ebrahim who looked to volley on the rebound from 30 yards but sent his shot wide.

Just as he did on the opening day of the competition, Abbaszadeh made it a brace for himself on the final matchday of the group. A long ball set up a quick break for Tractor allowing Narimanjahan through into the box and the number 10 squared for Abbaszadeh who slid into the back post to drive home his fourth of the campaign and Tractor’s second of the night in the 67th minute.

Sharjah rallied late in an effort to rectify the situation, but Saleh Salem was denied with a last-ditch tackle and substitute Otabek Shukurov drove into the box but saw his effort saved by Akhbari as Tractor held on to a fourth consecutive clean sheet.