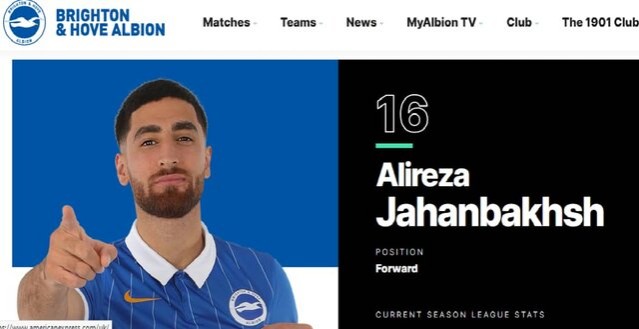 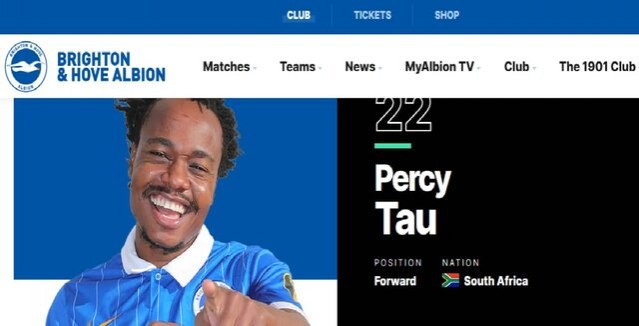 MNA – In a surprise move, Brighton & Hove Albion Football Club in the UK Premier League has removed the Iran flag and the name of Iran from the profile of the Iranian forward on their website.

Iranian Footballer Alireza Jahanbaksh has played for Brighton & Hove Albion Football Club, which is commonly referred to simply as Brighton, since July 2018.

The surprising and controversial move by the Premier League club comes amid the acceptable performance that the Iranian footballer has shown from himself for Brighton during the recent EFL Cup and the goal he scored versus Chelsea.

However, due to Jahanbakhsh's injuries and the decision of Brighton's manager, Alireza has spent most of the ongoing season on the bench.

The continuation of the manager's decision to sit the Iranian player on the bench sparked many criticisms, with the fans calling for his return to the game on Instagram.

Subsequently, the Premier League club decided to shut the comments section on its account.

Now, in a surprising and controversial move, Brighton FC has removed the name of Iran and its flag on his profile. This is while the country of origin and the flag of their countries for other players have appeared on Brighton's website.