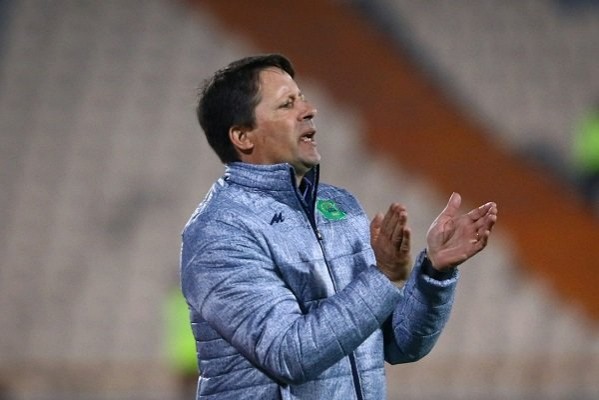 Tehran Times - Santa NAft coach Paulo Sergio believes that the U.S. President Donald Trump has made his job in Iran one of the hardest of his football career.

The falling value of the American dollar made it almost impossible for Sergio to recruit players. That came as a result of the United States president trying to cut Iran’s oil exports - their main source of income.

Several of Sanat Naft’s existing squad are also looking for transfers to other countries. Sergio, 51, is now considering his future after receiving offers from clubs in Iran and abroad, the Edinburgh Evening News reported.

“I finished my season a week ago in Iran and am looking at some options,” he explained. “I have the chance of things coming up in Iran, with my current club and also with some others.

“I will look at it over the next few days and make a decision.

“The job I have been doing was one of the hardest jobs I have had until now because, when I arrived, the situation was different to now. After I went there, Mr Trump put his sanctions on and that made the dollar value go down.

“That has made it hard for the football clubs, especially bringing in foreign players. Some players wanted to leave the club because of the problems, so it was difficult.”

He worked in Scotland, Romania, Cyprus, Portugal and the United Arab Emirates before joining Sanat Naft last year. The club are based in the south-west Iranian city of Abadan, near the banks of the Persian Gulf.

Sergio noted a wealth of footballing talent in the region. He extolled the talents of the players he worked with and believes Iran could become a future force at international level with better infrastructure.

“We brought through a lot of young players this season and won five of the last six matches. Iran is a huge country and there is a lot of talent there,” said Sergio. “The players there have the right mentality. I have found them to be strong, very good technically and they are not expensive.

“I think, if they are organized and if they get the infrastructure there correct, then in the future Iran could become a big player in world football.”