The visitors came close to scoring three minutes in but Al Ain goalkeeper Khalid Eisa saved Mohebbi’s effort from inside the box.

Al Ain’s first chance came in the 18th minute when Kodjo Laba’s right footed shot from outside the box was saved by Payam Niazmand.

Laba caused problems for Sepahan again shortly after when the Togolese international came within striking distance from the counter-attack but Shayan Mosleh blocked his goal-bound effort. 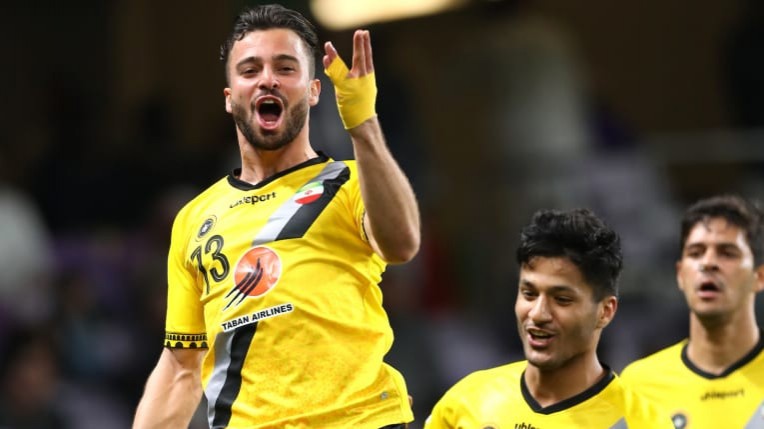 Although Sepahan had better ball possession, the Islamic Republic of Iran side had near misses with Mohebbi’s header in the 24th minute and Morteza Mansouri’s shot from outside the box two minutes later.

Sepahan’s hardwork paid off handsomely on 38 minutes when Mohebbi rose the highest to nod home the opener from close range off Saeid Aghaei’s cross.

Sepahan, meeting Al Ain for the first time in the competition, tightened their grip a minute after the restart thanks to Kiros’ quick feet inside the box when he pounced on an errant back pass to slot the ball past a full stretch Eisa.

Al Ain, the 2003 AFC Champions League winners, looked out of sorts as they began to give the ball away and fell further behind in the 52nd minute as Aghaei found an unmarked Rafiei, who blasted the ball into the bottom right corner to put Sepahan three goals up.

Sepahan will face Qatar’s Al Sadd SC, while Al Ain will be hoping to bounce back against Al Nassr of Saudi Arabia.