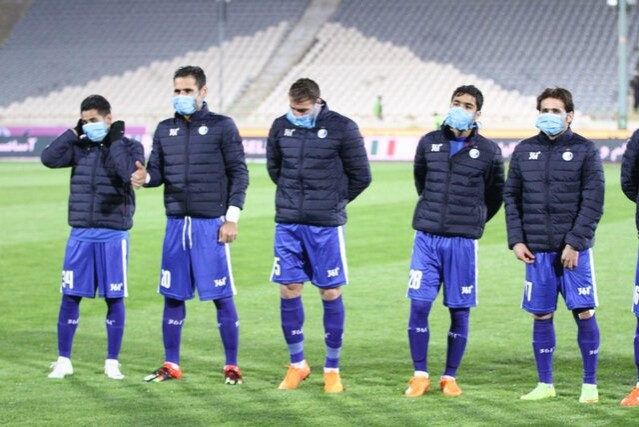 PLDC - The coronavirus pandemic continues to grip the entire world, with sport in particular coming to a standstill right now. This enforced break has affected leagues all over the world, from one of the biggest, the English Premier League, down to smaller leagues such as the Persian League.

There will be big decisions made in the coming weeks surrounding how leagues are finished and when it is safe to come back and the big leagues are expected to take the lead on these issues. They have some of the most powerful people in football behind them, and they will want a say.

How Will This Season be Finished?

The Persian Gulf Pro League is setup in some ways similar to the Premier League. If you look at the current Persian Gulf Pro League standings, both have a small number of games left to take place and both have a clear leader at the moment. Should we not finish this season, will Liverpool be crowned champions of England and will Persepolis be crowned champions of Iran?

The feeling is that big leagues will set the standard here with the decisions they make and then the Persian Gulf Pro League will implement the same rules as those to decide what happens to their league title.

These two are of course not the only two leagues with problems. Many events in Europe have been cancelled over the past few weeks, leaving a number of problems to solve. They have left many holes in the sports betting industry too, with bookmakers having little which they can offer their players. The expectation is that as soon as football and other sports return to action, many people will be looking to place bets and get back into the swing of things. Sites like www.newbettingsites.uk have many welcome offers available for those looking to join a new bookmaker in preparation for the return of sport.

For now though, the wait continues for more news regarding when sport will come back and how football leagues will decide the outcome of the current seasons. The Persian League has some big decisions to make if no football can be played, but the expectation is that they will get a lead from the bigger European league and they can simply follow that.

With leagues at different stages of the season and with different positions up for grabs, it won’t be easy to simply follow someone. The best bet for the Persian League appears to be following the Premier League with what they decide to do surrounding Liverpool and the league title.