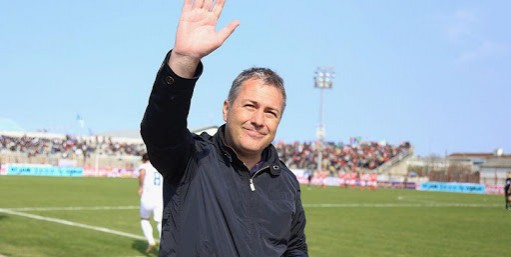 Tehran Times - Dragan Skocic, head coach of Iran football national team, is happy with the decision of the Football Federation of the Islamic Republic of Iran (FFIRI) on the resumption of the league games.

The Croatian coach returned to Tehran on Sunday after more than three months. He was in his hometown during the coronavirus pandemic.

Skocic had a meeting with Mehdi Mohammad Nabi, the secretary-general of the FFIRI and Mehdi Kharati, head of national teams committee, expressing his concerns over the situation of the national team and asked for friendly international matches for the team.

At the meeting, Skocic defended the decision of the Iranian football federation and the league organization to hold the remaining matches of the Iran Professional League (IPL).

He believes that if the league is canceled, the players who are playing in domestic teams, would have to come to the national team’s training camp with nearly seven months without playing an official game due to the coronavirus-enforced shutdown.

The Iran Professional League will resume on Wednesday and Skocic has announced that he would closely monitor the competitions with his staff since Iran national football team prepare for the 2022 World Cup qualifiers.

Iran will host Hong Kong on October 7, 2020 and will travel to Cambodia five days later. The “Persian Leopards” then will face Bahrain and Iraq on November 11 and 16 respectively based on the new match dates scheduled by the Asian Football Confederation (AFC).

The Iranian football federation officials have made promises to the national team head coach to provide at least one friendly match (probably against Oman) before the match against Hong Kong which will be Skocic’s first experience on the Iranian national team bench.