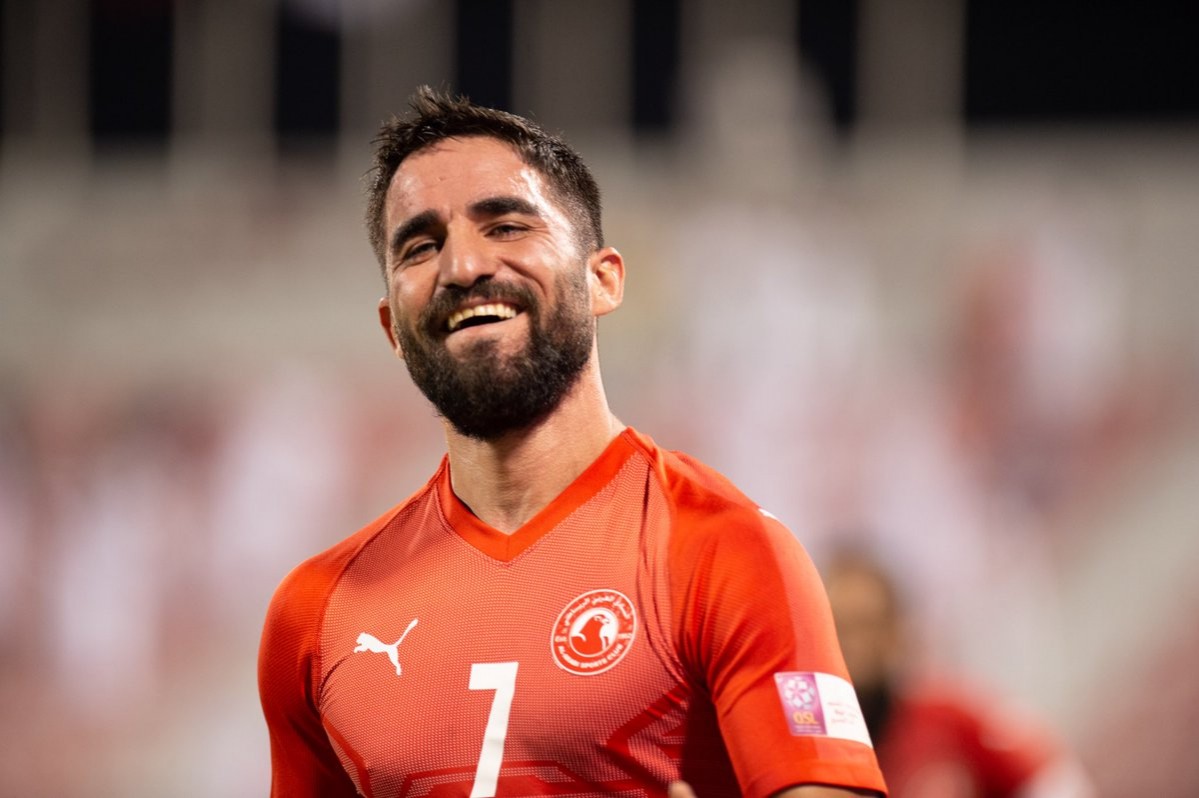 On the matchday four of the Qatar Stars League, Al-Arabi hosted Umm Salal at Grand Hamad Stadium. Al-Arabi was seeing two Iranian players namely Mehdi Torabi and Mehrdad Mohammadi as its left and right-wingers while Umm Salal was using another Iranian player Rouzbeh Cheshmi as a central defender.

In the dying moments of the first half, Soria guided Mohammadi’s pass and Al Ansari scored the opener. At the 68th minute, Belhocini leveled the match from the penalty spot to keep hopes alive for Umm Salal.

Both teams had only gained one point from the past three games and needed the victory to distance themselves from the bottom of the table.

Both teams’ efforts to score a winner was not successful, however, at the 94th minutes, Mohammadi received a short pass near the box and scored a stunning overhead goal.

The family of Hallgrímsson also stood up to celebrate the goal as this victory had possibly canceled any decision to fire the Icelandic coach.

Al-Arabi now sits seventh in the table while Umm Salal has the lowest rank.