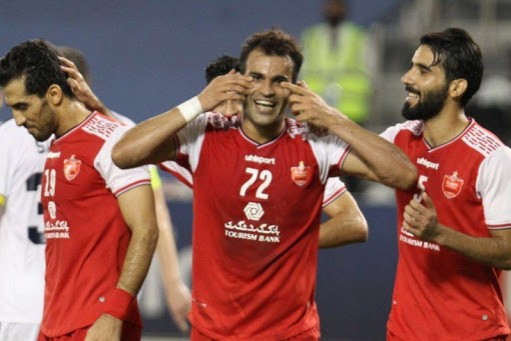 The AFC Disciplinary and Ethics Committee banned the Persepolis forward from taking part in any kind of football-related activity for six months on Oct. 3.

The 30-year-old forward received the ban after making a slant-eyed gesture to television cameras after scoring against Uzbekistan’s Pakhtakor in the quarter-finals of the 2020 AFC Champions League (West).

Alekasir was found to have violated Article 58.1 of the AFC Disciplinary and Ethics Code (2019 Edition).

The Appeal Committee upheld the sanction imposed in the AFC Disciplinary and Ethics Committee decision in full.

Alekasir is banned from taking part in any kind of football-related activity (which includes, inter alia, all domestic, international, friendly and official fixtures) for six months. He is also ordered to pay a fine of USD10,000.

Alekasir cannot play in the 2020 ACL Final, where Persepolis as West champions will lock horns with the East champions on Dec. 19. 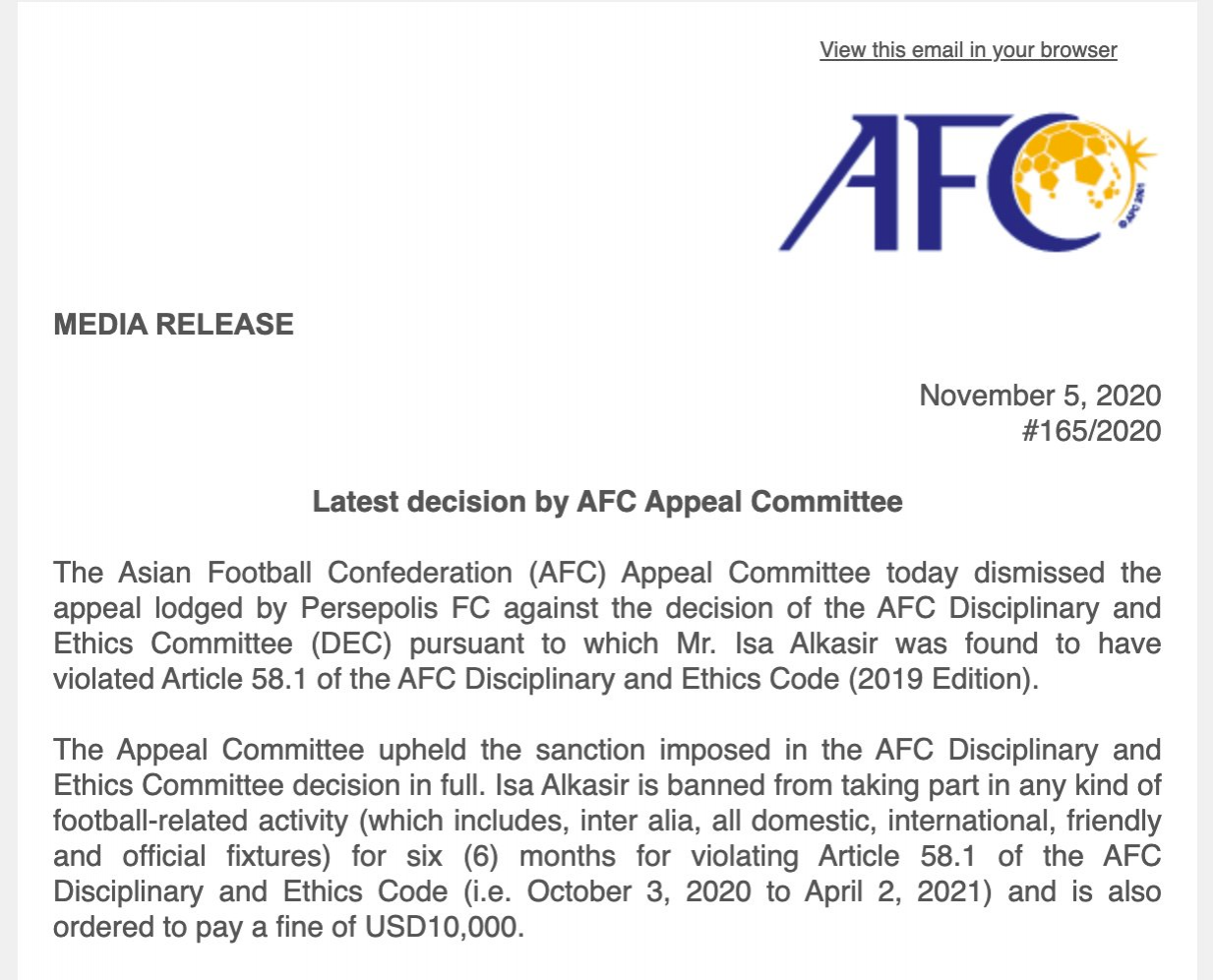