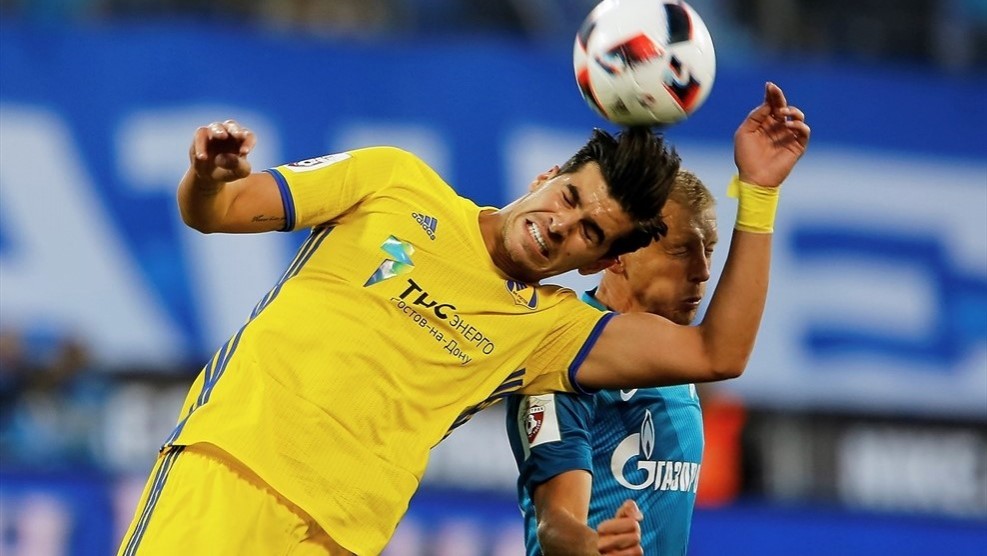 Tehrantimes - Iranian international midfielder Saeid Ezatolahi, who is not happy at Rostov due to lack of playing time, stated that his priority is to leave the Russian side.

Ezatolahi, who made his debut for Iran national team when he was just 19 years, tells about his career in the year 2016, his current condition and his future in an interview with Fars news agency.

2016 was a good year for me both in club and national competitions. In club competition, I managed to play in UEFA Champions League and even scored while in international level I must thank Team Melli coach Carlos Queiroz who trusted and put me into the starting lineup.

We’ve not conceded a goal in the World Cup qualifying and secure the top spot in our group. We had also a big move in the FIFA ranking as we climbed up to 27th place in the month of October. These are all great objectives that we managed to achieve in the year 2016.

Despite being at the top of our group, there is a long way ahead of us to secure a place in the 2018 FIFA World Cup and I hope we could make it in 2017. We played out two goalless draws against China and Syria, teams who we expected to defeat them.

I believe being a benchwarmer at Rostov is not a fair position for me as I’m in a good form. They asked me to discuss a contract extension but I told them I want to see out my contract and then we’ll see what happens. Now, I have offers from a couple of European teams including teams from Russia. I’m a free agent now but I can stay at Rostov if any possible move fails.

Sardar Azmoun is my close friend and I’m excited about his recent performances which caught the eye of Europe’s big clubs. Regardless of what is his next club I hope he continues his improvement and we see him playing in the top leagues.