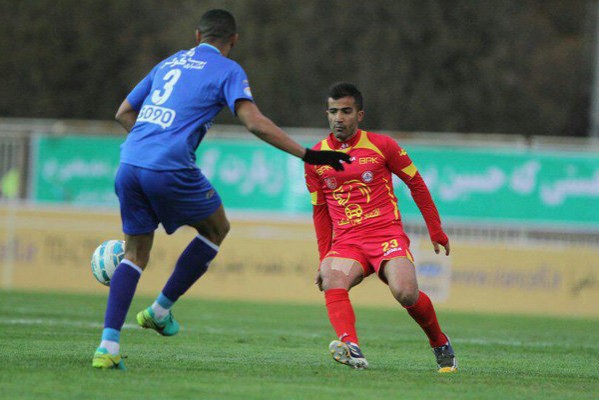 Mohammad Ghazi put Naft in front three minutes into the game from a penalty spot but Jaber Ansari leveled the score for Esteghlal in 69th minute. The game finished 1-1 in the regular time but Esteghlal’s Behnam Barzay made it 2-1 two minutes into the first extra time.

Naft made a fantastic start in the second extra time as the team scored two goals in two minutes. Issa Alekasir scored with a powerful header in 106th minute before Mohammad Ghazi made it 3-2 for Naft two minutes later.

In Isfahan, Sepahan defeated Saipa 2-0 to reach the last four. Ehsan Haji Safi opened the scoring for the host four minutes into the game from the penalty spot while Rasoul Navidkia made it 2-0 in the 88th minute.

Abdolhadi pulled a goal back in the 79th minute.

Naft will now face Sepahan in the Hazfi Cup semi-final while Tractor Sazi will take on the winner of Gostaresh Foolad vs. Zob Ahan.