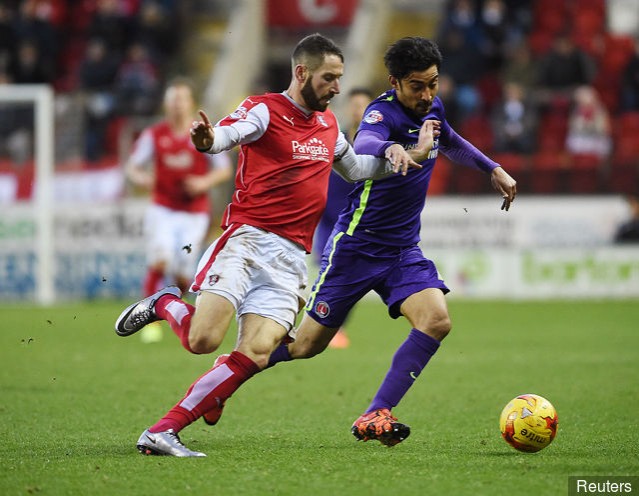 HITC - The Iranian struggled at the Valley, but is banging in goals with Heerenveen.

Charlton Athletic fans have had it tough in recent years. The club have slipped down the Football League under ownership widely criticised by their own fans. Currently, the Addicks sit 13th in League One and Premier League memories are in danger of being lost on a generation.

During their time in the doldrums Charlton have brought in some interesting players who have failed to live up to potential.

One such player was Iranian striker Reza Ghoochannejhad. He arrived, like so many, from Standard Liege in 2014.

In two seasons at the club he only managed to score five goals in 42 appearances.

He had more fruitful spells on loan deals in Kuwait and Qatar but in the summer he was released.

So how is he doing? Charlton fans, look away now.

He is on fire.

He joined Heerenveen in the Dutch Eredivisie and has been scoring goals for fun. The 29-year-old scored again today as his club lost to AZ. But the goal took his tally to the season to 15 goals in 26 games for the club this season. His total of 12 Eredivisie goals is second only to Nicolai Jorgensen of Feyenoord.

Charlton fans will certainly wish they got to see this side of the Iranian during his time in England.