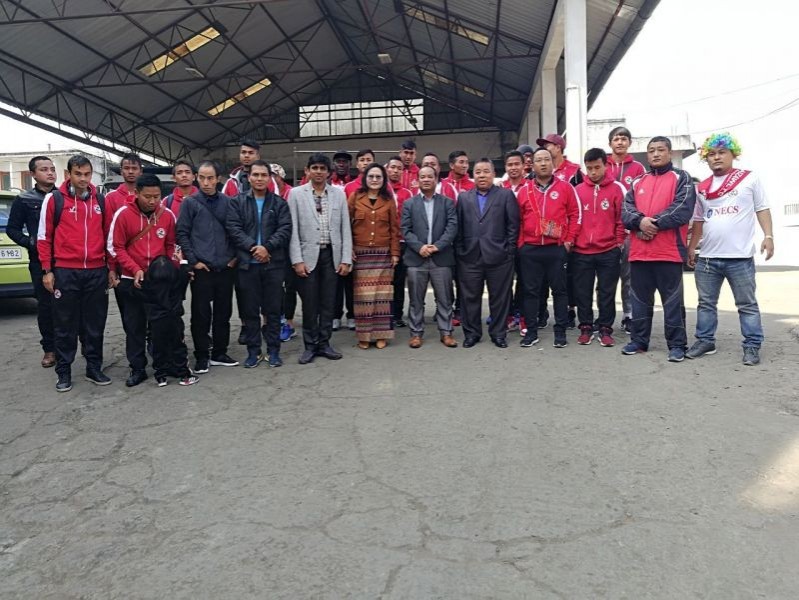 SportsKeeda - Aizawl FC have made a trip to Iran where they will face Zob Ahan FC in the AFC Champions League play-off match on January 30. The I-League champions left Aizawl on Friday with a 20-man squad.

The People’s Club will become the first club from India to play the AFC Champions League play-off. After the Asian Club Championship was renamed as AFC Champions League in the 2002-03 season, Indian football giants like Mohun Bagan, Bengaluru FC, Dempo SC, Churchill Brothers and Pune FC have all plied their trade in the qualifying or preliminary rounds of the competition, but none have entered the play-off or group stage of the same.

If the Mizoram side beat Zob Ahan in the single-legged match, they will be placed in Group B alongside Al Duhail (Qatar), Al Wahda (UAE) and PFC Lokomotiv (Uzbekistan). In case Aizawl FC fail to make it to the main round, they will be directly be allotted a place in the AFC Cup Group E where they will shoulders with New Radiant FC (Maldives), Dhaka Abahani (Bangladesh) and another play-off winner.

Aizawl FC have registered four foreigners as per the competition rules but they will be without the service of key defender Kareem Omolaja who is yet to recover from his injury sustained during the Northeast Derby on January 20.

“We will be without Kareem. We will try to replace him with forward Leonce Dodoz but we are still awaiting his visa. Nothing is certain,” said Aizawl FC’s gaffer Paulo Meneses.

However, an Aizawl FC official told Sportskeeda that the Ivorian forward has travelled with the squad on Friday.

Zob Ahan FC are yet to lose a game since December 1, 2017. They were also the runner’s up of the 2010 edition of the AFC Champions League. Amir Ghalenoei’s side will be looking for their seventh appearance in the competition against the underdogs. However, the history makers will try their best to prove themselves in the biggest club tournament of Asia.