AFC - Islamic Republic of Iran head coach Carlos Queiroz has declared that his side are aiming to make the most of their undoubted experience when they face China PR in an eagerly anticipated AFC Asian Cup UAE 2019 quarter-final encounter on Thursday.

After beating Oman 2-0 in the Round of 16, the Iranians head into the game having impressively won all four of their games en route to the last eight, and eager to claim what would be the nation’s first Continental crown since 1976.

Team Melli’s last attempt at AFC Asian Cup glory ended at the same stage when they dramatically lost on penalties to Iraq four years ago in Australia.

Although mindful of that result, Queiroz is determined for Iran to put what they have learned between then and now to good use when they face the East Asians.

“No two games in football are ever the same, in football it is always a different story,” declared the Portuguese tactician.

“The game versus China is a new game, a new adventure, and one in which we can try to do our absolute best. However, what is key is to remember all the lessons we have learned – both when we have won and when we have lost – and put them to good use. 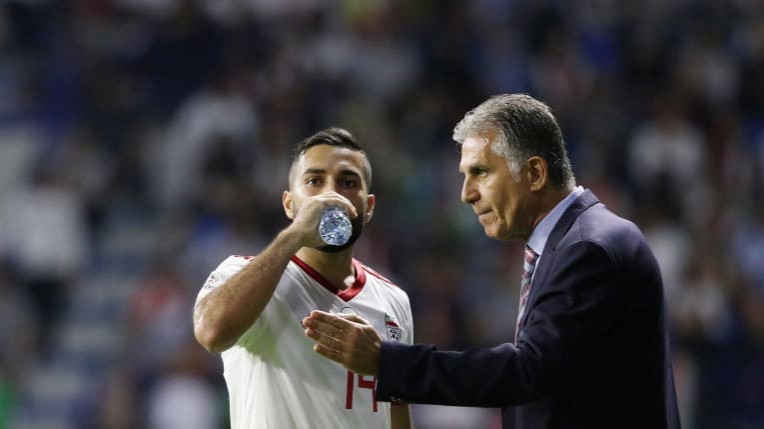 “This is just like a cup final as they are games which do not have a history, they do not have a past. You cannot lose a game because of history or statistics. This type of cup final match is very different to those we faced in the group stage and I believe the experience my players have will count for something in the game."

“We are not favourites as I feel there are never favourites in a game like this. We are proud to be here for a game which is the most important game of our lives because it is the next game, and that is always the most crucial for both players and coaches.”

Despite China having impressed at the tournament so far, Queiroz is eager that his charges embrace the challenge rather than be distracted by what will undoubtedly be a formidable test.

“It will be a difficult game against a very tough team,” he said.

“China are a solid and well-prepared team with a great coach. We know a difficult task is in front of us, but we are excited and fully prepared. We are confident that we will play well, as we have the ability, our ambitions and our dreams.

“I want my players to keep it simple as football really is a simple game. It is just 90 minutes of 11 versus 11 and the players need to enjoy the match, enjoy the experience. If we are able to play with freedom and joy, I believe we will do well.”