Brightonandhoveindependent - Alireza Jahanbakhsh says he hasn't shown his best form for Brighton & Hove Albion yet and admitted he expected more from himself in his first season in England.

The Iranian winger joined the Seagulls for a club record fee, reported to be £17m, last summer but failed to register a goal or assist in a campaign which he said had 'a lot of ups and downs'.

A hamstring injury and the Asian Cup saw Jahanbakhsh miss three months of the season from November to February before he started eight of Albion's final 11 Premier League matches.

Reflecting on his debut campaign in England, the 25-year-old said: "It was a little bit up and down, to be honest. At the beginning I was trying to get into the team as soon as possible and play games.

"Obviously, as everyone knows, I played a couple of games and then got an unexpected injury. It took me out for a while and then I had the Asian Cup. There were some things which kept me away from playing games.

"The last couple of games I played, made progress and got used to the competition.

"The Premier League is a high quality league and different to what I'm used to. It (the season) wasn't what I'd planned for and what I was expecting from myself but it's gone.

"I'll have a good pre-season hopefully and will have a good season (next year) which I expect from myself and what everyone expects from me."

Jahanbakhsh admitted his season left him unsatisfied and he said: "It was tough getting used to a new environment and moving to somewhere with a totally different culture and facing new stuff, which I've never been challenged with. 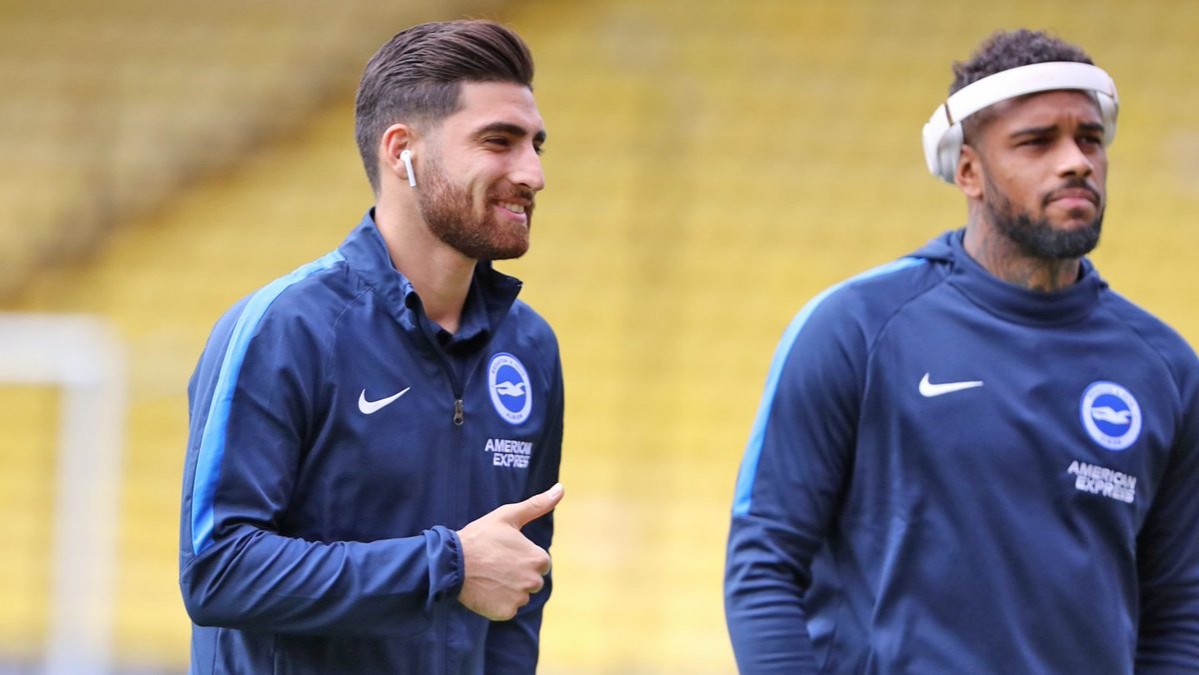 "But it wasn't something which makes me satisfied, nor the fans and people who expect more from me.

"I know the reason why I'm here and I was expecting more from myself obviously. I wanted to play more, be important for the team statistically but that was something which didn't happen this season.

"Next season I'm going to work with double energy and with the mindset of what I have from the Premier League right now. Hopefully I'll bring more quality to the team and show what I can do."

Jahanbakhsh, who played 24 times in all competitions, feels Brighton fans are still to see the best of him: "Definitely. There's been some games I've really enjoyed playing with my team-mates but my best hasn't happened yet obviously.

"I expect more of myself and I know I can show more. That's the reason I'm not really happy with this season.

"It has gone and next season I'm going to do everything to get into the best shape."

Brighton finished 17th in the Premier League and also reached the FA Cup semi-finals in Jahanbakhsh's first season with the club.

He said: "For the team it wasn't that bad a season. The last seven, eight, ten games it's been a little bit difficult with being down there and stressing about relegation.

"We made it difficult for ourselves because there was a stage of the season where we were 11th, 12th position in the table. We'd been doing a great job and got to the the semi-finals of the FA Cup.

"We lost a few points which made it more difficult in the last couple of games but luckily we are staying in the Premier League.

"We have to plan for next season which we know is going to be even more difficult. We are going to do our best to have good preparation in pre-season and to have a good season."

Jahanbakhsh now has a rare summer off with no international commitments and he said: "Now is a good time to have some time off, refresh my mind and come back in good shape for pre-season."