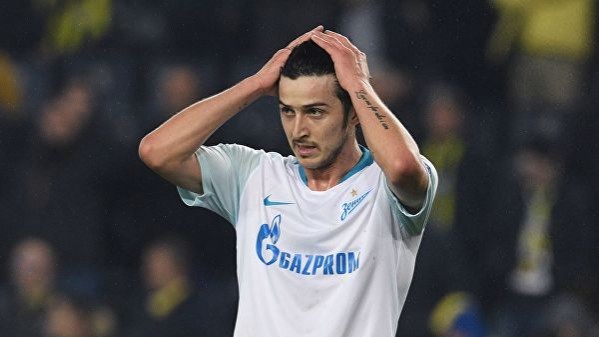 HITC - Celtic might just have been handed the best chance they will ever get to finally bring Sardar Azmoun to Glasgow.

The Mirror (22 April, page 48) reported last year that The Hoops were eyeing an ambitious swoop for a player who’s ‘Iranian Messi’ moniker has followed him around for as long as memory will allow. That came approximately 12 months after Celtic first expressed their interest in Azmoun, who’s £10 million price-tag would have made him the Premiership champions’ all-time record signing.

But if this long-awaited switch is ever going to happen, it’s now.

According to The Herald, Zenit St Petersburg are planning a £9 million bid for Celtic’s enigmatic midfielder Tom Rogic. The Russian champions will have to do a lot better than that however, with Celtic demanding closer to £15 million for the former Central Coast Mariners starlet.

Offering Azmoun as part of the deal, however, might be enough to twist Celtic’s arm.

The 24-year-old enjoyed the best season of his career after swapping Rubin Kazan for Zenit, netting 17 times in all competitions including three in four Europa League matches.


A clinical finisher with a fearsome leap, Azmoun looks every inch the natural-born goalscorer Celtic have needed since Moussa Dembele left for Lyon. If Zenit are willing to offer Azmoun for Rogic, the Hoops might just have to bite their hands off.

lol, the level of english is awful.