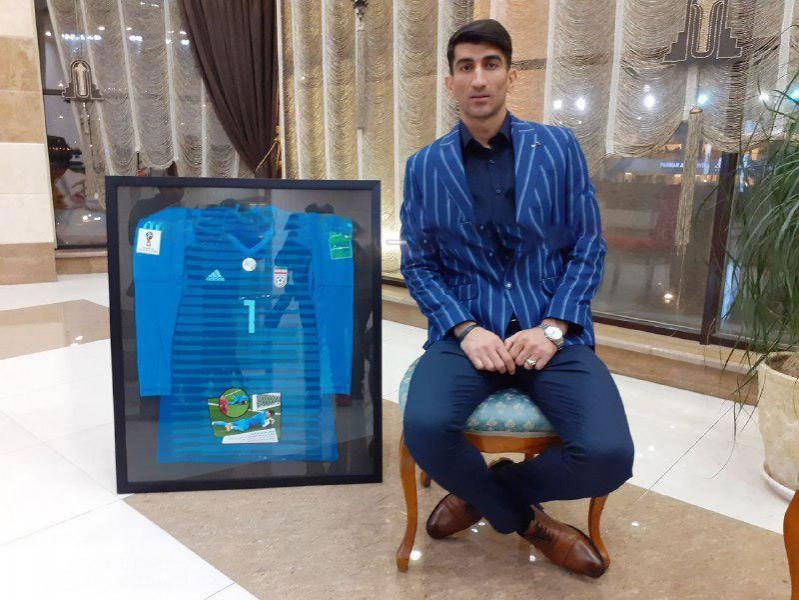 Flash floods displaced thousands and prompted chaos and panic in the western Lorestan Province in March.

During the floods, 200 bridges and 400 kilometers of roads were 100 percent destroyed and hundreds of villages were submerged by flood water.

Beiranvand auctioned his shirt which he wore in the match against Portugal in the 2018 FIFA World Cup group stage.

The Iran goalie saved a penalty from Cristiano Ronaldo in the match which ended in a 1-1 draw.

The funds will be used to build a clinic, school and sports hall for the earthquake victims in Lorestan.

Beiranvand, who currently plays for Iranian club Persepolis, also was a candidate for the 2019 AFC Player of the Year.