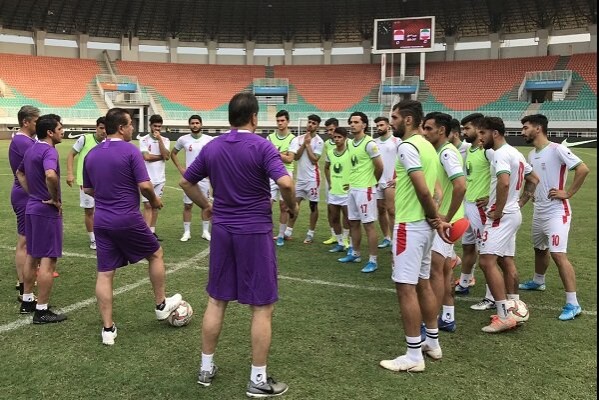 Tehran Times - Iran coach Hamid Estili has expressed dissatisfaction with his team’s preparation for the 2020 AFC U23 Championship.

Iran have been handed a tough group in the competition, where they are drawn in Group C along with defending champions Uzbekistan, China and South Korea.

The competition will be held in Thailand from Jan. 8 to 26 and the top three teams of the tournament will qualify for the 2020 Summer Olympics men's football tournament in Japan as the AFC representatives.

“We have started our training from Saturday but I am not satisfied with the way we train because the camp is not holding with all players. According to a previous agreement between football federation and clubs, the Iran league had to be stopped but it didn’t happen and some clubs including Esteghlal and Sepahan don’t release their players to join us,” Estili said.

“We have to travel to Doha on Dec. 20 but our team are not complete in the nine-day camp since some payers will remain in Iran for club duty. It makes it hard for us and I hope that the football federation changes the schedule” he added.

“Iran have a difficult task in Thailand because we have been drawn in a tough group and need to more preparation for the competition. The most of participant teams are preparing for the event with their full squad,” Estili continued.

Estili’s team will start the campaign on Jan. 9 with a match against Uzbekistan.