AFC - Korea Republic became the first team to qualify for the AFC U23 Championship Thailand 2020 knockout stage after they claimed a 2-1 win over Islamic Republic of Iran at Tinsulanon Stadium on Sunday.

First half goals from Lee Dong-jun and Cho Gue-sung gave Kim Hak-bum’s side a two-goal half-time buffer, but Reza Shekari’s effort nine minutes after the interval meant the Koreans had to negotiate a difficult period in order to extend their winning start to the competition.

Their perfect tally of six points from two matches means they are sure to advance to the knockout stage no matter what happens in Wednesday’s match against Uzbekistan, while Iran’s hopes of ending a 44-year Olympic qualification drought now weighs heavily on their final group stage fixture against China PR.

By their own admission, Korea Republic had won without being at their best in their opening match against China PR, but they carried the momentum of Lee Dong-jun’s 93rd-minute winner from that match into this one, and it was the same player who supplied the game’s opening goal.

Both Reza Dehghani and Mehdi Ghayedi had early efforts at the Korean goal, but Lee continued his love affair with Tinsulanon Stadium in the 22nd minute, pouncing to slam the ball home from close range after Iranian goalkeeper Habib Farabbasi spilled Maeng Seong-ung’s initial effort. 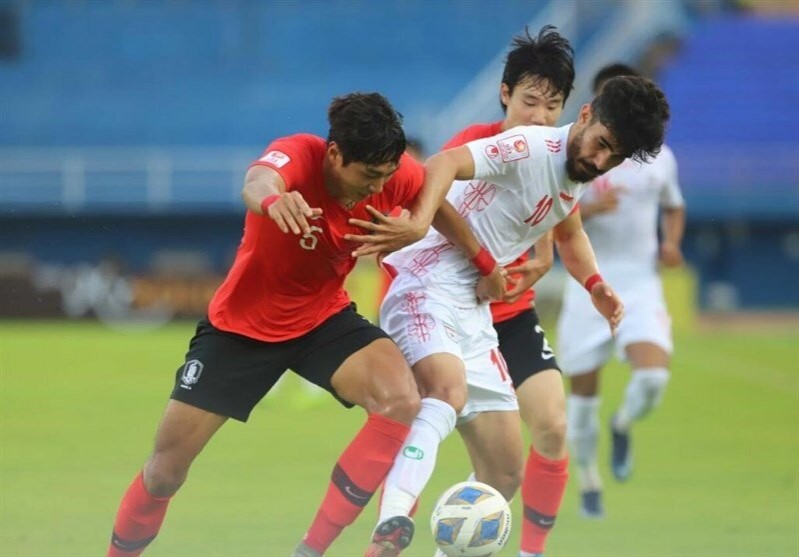 Alongside midfield partner Won Du-jae, Maeng was the heart of several promising moves, and it was his pass which found Cho Gue-sung for Korea Republic’s second, with Cho turning and firing majestically into the Iranian net from 25 yards to double the lead in the 35th minute.

Now full of confidence, Korea Republic could have added more first half goals if not for near misses from Lee and Jeong Seung-won, but Iran managed to reach the interval without further damage, and came back into the contest when Shakari netted a close range header to reduce the arrears to one in the 54th minute.

That gave Hamid Estili’s side a lifeline, but Korea Republic wouldn’t be denied, with a last gasp save from Song Bum-keun – who denied Ali Shojaei deep in stoppage time - maintaining a perfect record and securing a pass to the business end of the tournament.