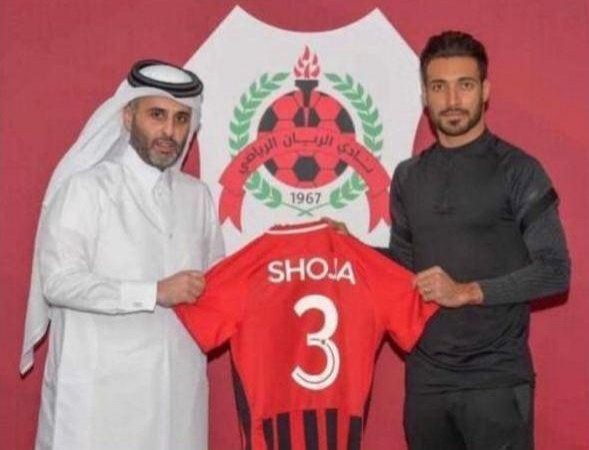 The Qatari outlet tweeted that the final agreement has been concluded, although the club has not officially announced the new acquisition.

Khalilzadeh’s departure from Persepolis had become controversial in the past weeks as fans put pressure on club officials to extend his contract and on the other hand, Persepolis’ financial problems had hampered efforts to do so. Meanwhile, a controversial recorded audio of Persepolis caretaker general director Mahdi Rasoul-Panah was leaked in the past days in which he had criticized the Khalilzadeh while also considering his transfer as almost certain.

Speaking to reporters on the sidelines of the team’s training on Thursday, Yahya Golmohammadi, the team’s head coach, had put his weight behind Khalilzadeh while also confirming his departure.

The 31-year-old defender joined Persepolis three years ago and became one of the key players of the team during the campaign which led to three consecutive IPL titles and also the team’s advancing to the final match of 2018 and 2020 AFC Champions League.