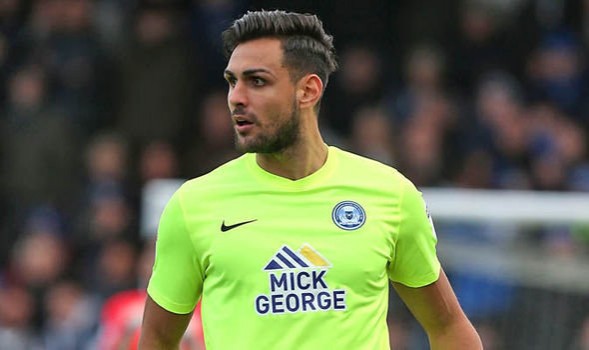 Express - RYAN TAFAZOLLI isn't just hoping to be part of one of those famous FA cup upsets at Chelsea tomorrow afternoon - he has his sights on winning a place in the World Cup finals as well.

It's one the reasons Peterborough's unheralded central defender had desperately wanted Chelsea boss Antonio Conte NOT to give Diego Costa a rest.

But as the Spaniard is set to sit this one out,  Tafazolli is almost as happy to keep Costa's likely replacement, Michy Batshuayi, quiet to prove he is worthy of a call up into the Iran squad which is expected to reach the finals in Russia next year.

He qualifies to play for Iran because his father was born there, and Tafazolli, who was rejected by Southampton as a boy, will live both the World Cup and giant killer's dream today.

"I wanted Costa to play," he admitted. "He is the best striker in the country, the best I would have played against, and I want to test myself against someone who is one of the best in the world.

"But Batshuayi is not far off Costa anyway."

And If Tafazolli does succeeds in shackling the Belgian Chelsea paid £33million for last summer then that World Cup dream might, just might, come true.

"There's has been a bit of interest lately," he revealed.

"Carlos Queiroz (Alex Ferguson's former assistant at Manchester United)  is the manager there  and there has been talk that he's been keeping an eye on me. But they are ranked No 1 in Asia at the moment so it's not that easy to get into the team.

"I watched them play Argentina and they were drawing 0-0 until then 80th minute. Then the greatest player on the world, Lionel Messi, stepped up and scored and they beat us 1-0.

"But I would jump at the chance to play for them if I get the chance."

Tafazolli isn't the only Posh player, however, who is revelling in the chance to show their worth before an audience of millions who will watch the game on TV across the world.

"We see this as a massive opportunity to go out there and and show what we're capable of," he said.

"A lot of players from this league have gone on to do well in the Premiership and there's no reason why we can't do well.

"Some of us might have a few nerves when we walk out in front of 46000 people, but we're quietly confident that we can put on a performance and not be in awe of anything or anyone."

Which is why the player whose only previous visits to Stamford Bridge have been to support his boyhood heroes at Arsenal.

"I grew up as an Arsenal fan and never really liked Chelsea. Tony Adams and Patrick Vieira were my idols," he said.

"But I have a lot of family going there on Sunday - it's one of the biggest days of my life."

Big enough for him to predict a 1-0 win for Peterborough, which would be almost as big a shock as the 4-2 FA Cup Cup upset Bradford City produced at Chelsea almost two years ago to the day.

"If we can win 1-0 that means I have to make sure we keep a clean show against one of the best strikers in the world.